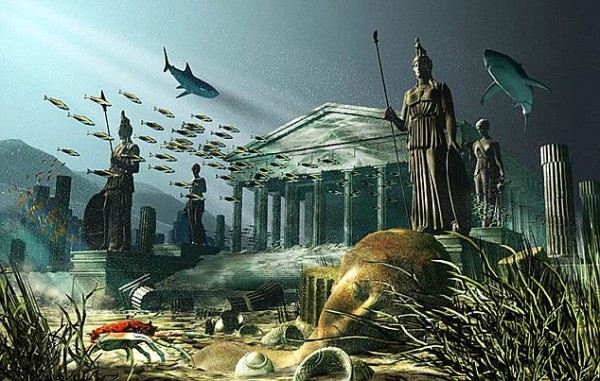 THE LOST CITY OF ATLANTIS – The Facts

The mystery of the lost city of Atlantis still captures the imagination of millions. Was it real or just myth. Here are the basic facts.

Solon (638 BC–558 BC) was a famous Athenian statesman, lawmaker, and Lyric poet who allegedly heard the story of Atlantis from Egyptian priests that he was visiting that claimed that the Athenians had forgotten their true history because from time-to-time their civilization had been largely destroyed by catastrophes.

Atlantis was first described by the Greek philosopher Plato more than 2,000 years ago.

While many believe the story is a myth created by Plato to illustrate his theories about politics, others insist it is based on a real historical disaster.

According to Plato’s account, written around 360BC, Atlantis was a major sea power located in the Atlantic.

It was larger than ancient Libya and Asia Minor (modern Turkey) put together, and was ‘the way to the other islands, and from these you might pass to the whole of the opposite continent’.

His account included detailed descriptions of the island – with mountains in the north and along the coast, and a plain in the south.

Its kings were descended from Poseidon – the god of sea – but their divine lineage became diluted as they mixed with mortals.

By around 9600BC the island had conquered much of Western Europe and Africa and enslaved its enemies.

This date would make the city nearly as old as the end of the last ice age and pre-dates the earliest recorded city states, found in what is now Iraq, so seems rather unlikely.

After a failed attempt to invade Athens, the entire island sank into the sea ‘in a single day and night of misfortune’.

Over the centuries, scholars have attempted to locate the real Atlantis – believing the account was based on a real ancient superpower.

One of the most plausible theories is that Plato was describing the Minoan civilisation on Crete and the neighbouring island of Santorini which was devastated by a massive volcanic eruption around 1600BC.

Some believe the Atlantis myth was inspired by the Black Sea floods of around 5000BC – an event that may have also generated the flood stories which appeared in the Old Testament.