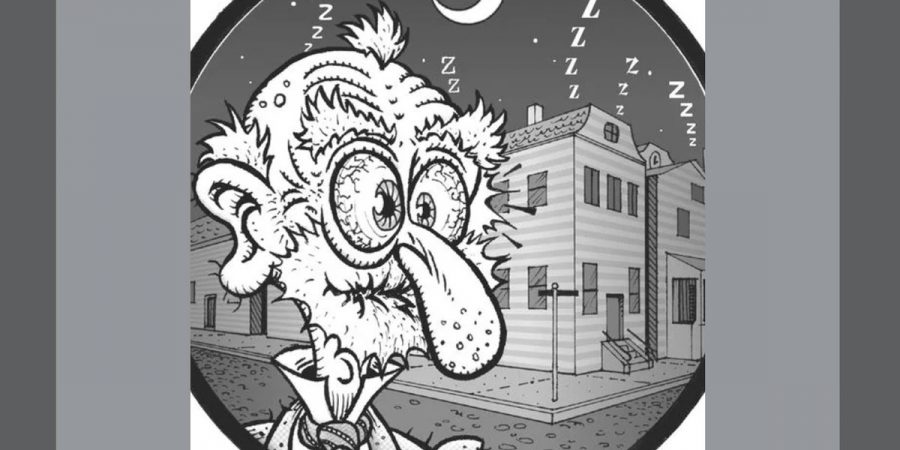 The Man Who Never Slept, The Strange Tale of Albert Herpin

The locals knew him as a “weird loner”, who lived off of a steady diet of canned fish, crackers, and fruit. He lived in a strewn-together little hovel with no electricity on the edge of town, near the railroad tracks down by Ewing, New Jersey. He was routinely seen as he stopped by a local delicatessen, where he would pick up his tin can delights, along with several newspapers, eight of which he read every night when he returned home.

In fact, he spent all night, every night, reading those newspapers, because Albert Herpin was the New Jersey man best known for never sleeping a day in his life.

Herpin, according to a New York Times article from February 29, 1904, was born in France in 1862 (although some accounts place his year of birth as early as 1851). He was injured in a carriage accident at an early age, and doctors attending to the youth noticed that he never seemed to close his eyes; hence, it was believed at the time that young Herpin would not live long, as his rare condition also seemed to indicate that he never went to sleep.

However, the child seemed to function normally, despite his persistent insomnia, and young Albert grew to adulthood without incident, although his rare condition did manage to attract the attention of the medical community. It was said that Herpin, being the recluse that he was in adulthood, had never suffered any issues due to lack of sleep, in addition to never having used a toothbrush in his life. On one occasion in his life, he sought medical attention from a leg injury (which we can at least assume didn’t occur during a sleepwalking incident).

Herpin worked as a street sweeper around Trenton, doing odd jobs to earn his keep, and at least enough to pay for his voracious reading habit. At his shack in Ewing, there was never any bed, as Herpin claimed he had no use for one; instead, a comfortable Morris chair sat in one corner, where the only rest he received apparently took place during his nightly newspaper reading excursions.

For the second time in his life, Herpin made headlines in the New York Times, although sadly, at the ripe old age of 93, he wouldn’t be around to read about himself; sleep had finally come for Herpin, in the “eternal” sense, when he passed away of natural causes.

“Death came today for Alfred E. Herpin, a recluse who lived on the outskirts of the city and insisted that he never slept. He was 94 years old and, when questioned concerning his claim of “sleeplessness”, maintained that he never actually dozed but merely “rested”. “No other person with total insomnia has lived for such a long period of time. It was likely that he died for other reasons, not sleep deprivation, as his insomnia did not seem to have any effect on his health.”

Being the voracious reader that he was, we wonder how Albert would have felt about the fact that the Times article got his name wrong in his obituary! Then again, reading as much as he did every night, we further imagine that Herpin caught a lot of typos in his day. 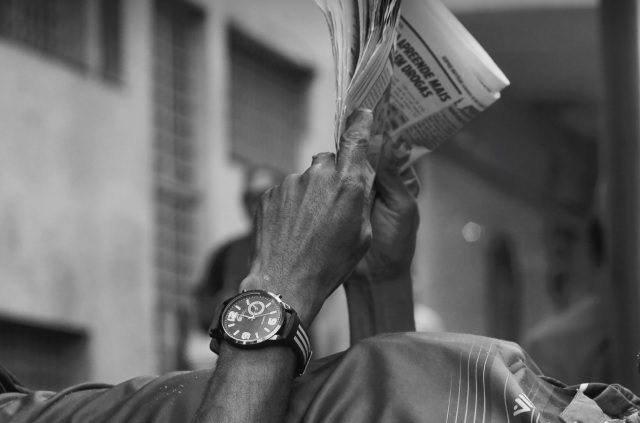 As for the science behind what caused Herpin to seemingly stay awake his entire life, Herpin apparently submitted to observation for a period of two weeks at one point, during which the attending medical staff never saw him sleep. Shortly before his death, Herpin had been admitted to a New Jersey hospital, after his friends at the local deli where he bought his newspapers noticed that he hadn’t been by in several days, and later found him sick at his home. While hospitalized, his doctors and nurses also said that Herpin, despite his poor health, never appeared to sleep.

Skeptics might argue that, while Herpin claimed that he never slept, his claims were based in what is known as “sleep state misperception”, where a person may perceive that they had trouble sleeping, despite actually appearing to get normal amounts over the course of a night. Then again, if Herpin was actually sleeping from time to time, while apparently unaware of doing so himself, he nonetheless did a fair job convincing his doctors that he didn’t require any slumber to be able to function normally.

A condition more similar to Herpin’s circumstance is known as Fatal Familial Insomnia (FFI), although as the name implies, people who suffer from this condition find themselves unable to sleep as a result of a rare, genetic mutation that causes people at some point in their lives to suddenly stop sleeping. Shortly afterward, difficulty sleeping usually sets in, followed by coma and eventual death from the disorder. However, Albert Herpin allegedly never slept his entire life, and certainly was not affected with speech impediments or other ill health affects resulting from his prolonged insomnia.

At present, it remains unclear if there is anyone else who has suffered insomnia to quite the same extent that Herpin did. If his story is true as reported, the ultimate cause of his lifelong sleeplessness may rank among the greatest modern medical mysteries of our time.