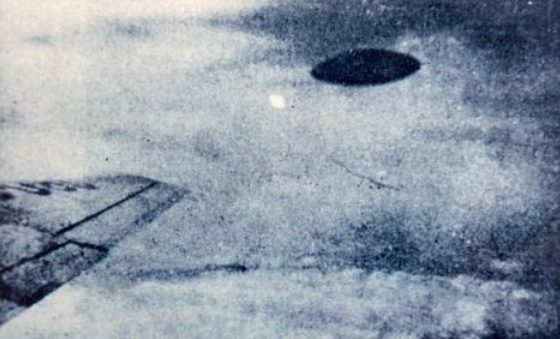 The Mantell Incident – Background and Analysis

This article is mainly concerning an analysis of Thomas Mantell UFO incident but I’ve added the background of the incident in the first two paragraphs then the analysis follows.

On J­anuary 7, 1948, Kentucky Air National Guard Capt. Thomas F. Mantell, Jr., died when his F-51 crashed after chasing what he called, in one of his last radio transmissions, “a metallic object of tremendous size.” The official Air Force line was that Mantell saw Venus. Unofficially, many officers feared that a space-ship had shot down Mantell’s plane with a frighteningly superior extraterrestrial weapon.

Neither answer, it turned out, was correct. Declassified documents eventually disclosed that the Navy had been conducting secret balloon experiments as part of its Skyhook project, which sought to measure radiation levels in the upper atmosphere. As Mantell pursued what he apparently thought was a spaceship, he had foolishly ascended to 25,000 feet — a dangerous altitude for the aircraft he was piloting — and blacked out from lack of oxygen. His F-51 spun out of control and crash-landed in the front lawn of a farmhouse near Franklin, Kentucky. But in the days that followed the tragedy, sensational headlines fueled everyone’s worst fears about flying saucers, and the Mantell incident entered UFO legend.

While I was talking with Fran Ridge, of the NICAP website, we drifted into a discussion of the Thomas Mantell UFO sighting of January 1948. Mantell was killed when his F-51 crashed in Kentucky.

The case has been wrapped in controversy since then, mainly because a pilot died attempting to identify the UFO. Various theories have been offered over the years about what happened.

I had written a long analysis of it about a decade and a half ago. My plan had been to create an online peer review for UFO research.

I had written the analysis and it was offered over the UFO Updates list when the draft was finished. I had hoped that those with expertise in various aspects of the case would be inspired to provide their analysis of my analysis. There were a few responses but most had to do with the performance capabilities of the aircraft rather than other aspects of the case. You can read that analysis here:

An Analysis of the Thomas Mantell UFO Case

My secondary goal was to inspire some others to examine UFO cases with a similar eye to detail and analysis. Updates would be one of the ways that we would communicate, but no one followed the lead, much to my disappointment.

However, Fran mentioned that he had been inspired to look into the case when a local television station wanted to do a story about the crash just a few years ago. Working with several others, he produced a new analysis with a different conclusion. You can read that here:

Since we now have two detailed examinations of the Mantell crash, maybe we can move into something like a peer review of it. Take a look at both of these documents, try to put aside any personal bias about the reality of UFOs, or rather the alien visitation aspect of the case, and comment about it. I believe it will be interesting to see how this shakes out, given the research that has been done into the case, if anyone cares to comment about it.