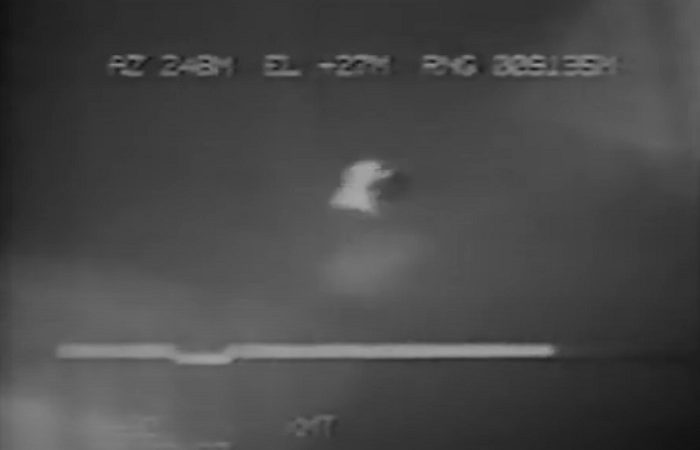 I haven’t seen anyone mention this in the comments for the video nor was it mentioned by the folks who shared the video, but the still shot in the headline image has some resemblance to the famed Tic Tac ufo seen in the footage of the 2004 encounter which was released by the Pentagon. 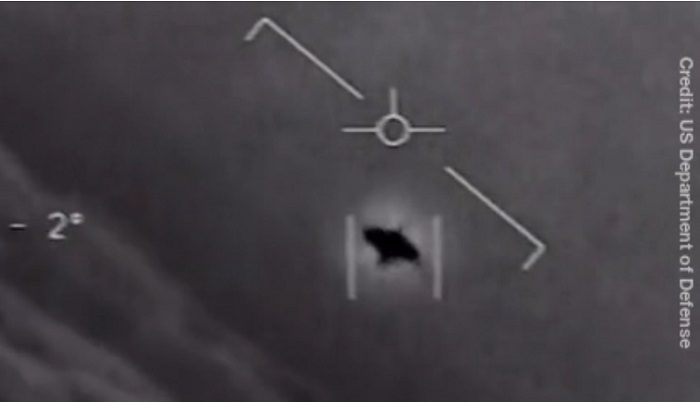 “In 1994 an unidentified flying object was filmed by two radar tracking cameras at the Nellis Test Range in Nevada.

First it was sighted near the two radar domes on Black Mountain, Nevada, by tracking Station S30 and the second encounter 43 minutes later was filmed by tracking station S13 from an undisclosed location.

The tapes where made by airmen “filming the screens” of two CCTV monitors and all of the audio was recorded using a microphone. The tapes showing the event were smuggled out and smaller sections were first broadcast in 1995.

Although the footage reveals two radar tracking stations, S30 and S13, when we listen carefully we hear a third station which is S12.

Interestingly when we see the S30 CCTV monitor we are actually hearing the communication between the S12 and S13 controllers . They perform a simulated missile launch on the UFO not once but twice. It is very difficult to hear but you can hear the call “Jackpot”.

I.A.T. presents you first the original untouched video with bad audio quality, followed up by our fully enhanced version with better (restored) audio and shown in the correct sequence.

In the other videos we will go much deeper into the subject. Some “experts”, clearly not radar controllers themselves have been telling complete nonsense as they have drawn wrong conclusions from the radar data. We will explain in detail what really happened that day (and what not) by presenting you forensically enhanced photos- and videos, audio transcripts with explanations, details of the UFO in super resolution, tracking data and lots of background information, which has never been published.

Pay special attention to the “white halo” around the UFO. See how it rotates and moves in all directions indicating the UFO’s heading.”