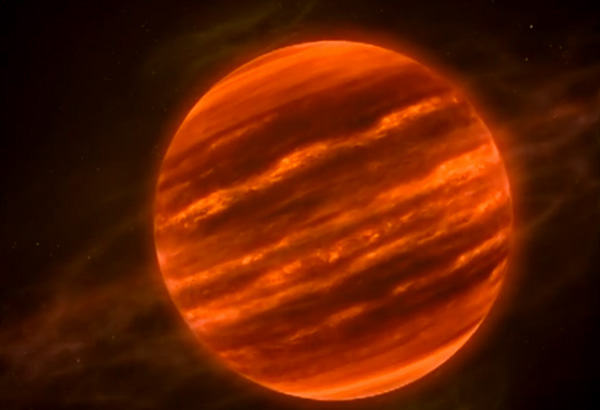 The idea or belief in Nibiru / Planet X has been around long before the more main stream scientific hypothesis of Planet Nine was brought forth just this year (2016). Of course there are believers and non believers in Nibiru / Planet X, for various reasons some are certain of its existence while understandably there are those that require much more concrete evidence in order to “believe”.

While both sides cite varying reasons as to why it does or does not exist there is an overlooked theory that I would like to share that while some may already be aware of, many might not be.

In random reading and research I’ve come across some enlightening and very interesting ideas theories and possibilities, one of which I have had myself for some time now ever since I began researching our solar system and its planets more in depth. In fact, we alluded to the idea in an article we ran sometime ago entitled: New Study: Planet Nine Likely to Annihilate Our Solar System.

So let’s get into this theory I have (and some other have as well). Keep an open mind when you are exposed to this idea I’m about to present to you because at first it may be natural reaction to want to resist such an idea especially when we are drilled to believe certain ideas for a long time.

What I’m thinking is that it is quite possible that Jupiter could be Nibiru.

Here is the part from the the article New Study: Planet Nine Likely to Annihilate Our Solar System that lends some support to the theory I’m proposing.

In addition Jupiter, the fifth planet from the Sun, gas giant, and subject of the Juno mission, is huge. Huge.

It’s so huge, in fact, that it doesn’t actually orbit the Sun. Not exactly. With 2.5 times the mass of all the other planets in the Solar System combined, it’s big enough that the centre of gravity between Jupiter and the Sun doesn’t actually reside inside the Sun – rather, at a point in space just above the Sun’s surface.

Add to those points, Jupiter influences Earth’s wobble and therefore its tilt and orbit as well and its affect is always down played by NASA and others. Jupiter causes our sun to wobble so how then can the effects on a tiny planet like Earth be only minor.

Personally I think this is the main reason for all the weather changes including mini ice ages and possibly even any heating that we are experiencing (if any). I’ve always questioned how Jupiter can not be affecting us greatly when its gravity is so strong that it has a fairly large effect on our massive Sun.

If in fact Jupiter is Nibiru and we have been lied to then we really need to find a way to independently determine the true course of Jupiter to determine if it is in fact slowly getting closer or moving away or something in between, perhaps an eliptical orbit that will cause extreme range such as bringing it very close and taking it away extremely far over time.

Take a look at the video below which also shares in this idea that Jupiter just might be Nibiru, watch and listen closely to the evidence in the video by BPEarthWatch then see if it seems like a plausible theory.

Reposting of this article is allowed with full attribution/credit to the author and this site (bendedreality.com).