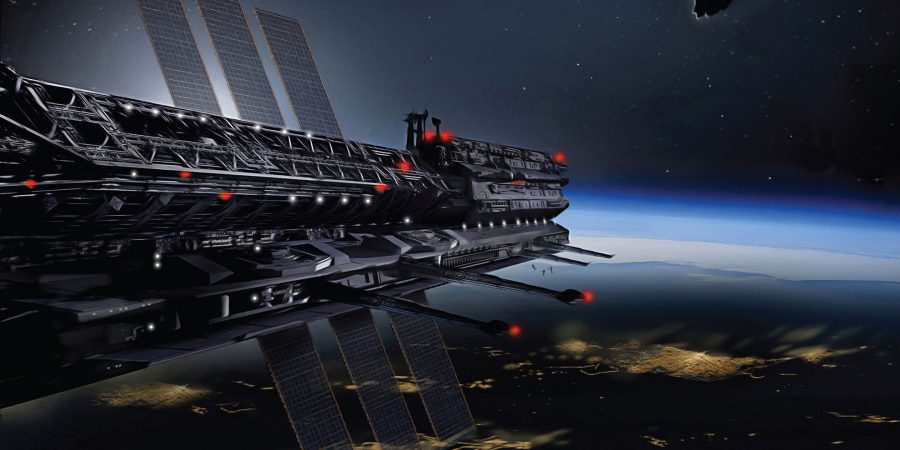 Leaders of the Asgardia project discussed the prospective space nation at a news conference in Paris Wednesday (Oct. 12). The leaders aim to launch Asgardia’s first satellite in 2017 and say they would like to eventually have a space station where some, but not all, of its planned 150 million (mostly Earth-dwelling) nationals would live and work.

Asgardia, named after the Norse gods’ home of Asgard, will be a democracy with an emphasis on the freedom of the individual to develop space technologies, according to Igor Ashurbeyli, Asgardia project team leader and founder. People can now apply to be selected as one of the first 100,000 citizens through the nation’s website, asgardia.space. At the time of publication, the number of applicants has reached more than 84,000, according to the website. While Asgardia is not officially a nation (yet), prospective citizens must fulfil the legal requirements for Asgardia’s United Nations application — for example, they must be from nations that allow multiple citizenships.

Asgardia would be a nation in space, in low-Earth orbit, or beyond, the project leaders said. The Asgardia project team said they think they need at least tens of thousands of citizens before they formally apply to the U.N. for recognition (although there are 14 countries in the world with fewer than 100,000 citizens).

But, not all Asgardians need to live in space, just as citizens of an Earth-bound nation may live outside that country’s borders. And Asgardians could claim to be citizens of the new state for the time being, even if Asgardia is not formally recognized by the U.N., Ashurbeiyli told Space.com, through an interpreter following the Oct. 12 news conference. The team said they also want to crowdsource Asgardia’s flag design and insignia.

The prospective nation is being established to “serve humanity” and for “peace in space,” according to Ashurbeyli. A scientist by training, Ashurbeyli founded what is now a holding company, Socium Holding, which, according to the Asgardia website, has “more than 10,000 employees across 30 companies worldwide.” According to his own website, the companies under Scoium Holding are “operating in many diverse sectors within the fields of science, technology and the social sphere.”

He said that during citizenship selection, preference will be given to those applicants who develop and invest in space technologies. Ashurbeyli described Asgardia as a state not distracted by things like infrastructure, such as roads and hospitals. He called Asgardia “… a mirror reflection of Earth in space, but without the borders, boundaries, religious constraints and without the state lines; a digital mirror reflection without all those drawbacks. We prefer dialogue with people and companies, not states…[Asgardia] facilitates and inside that envelope they can create.”

Ram Jakhu, the director of McGill University’s Institute of Air and Space Law in Montreal, is the Asgardia project team legal expert. Jakhu told Space.com via Skype on Oct.12 that with the selected citizens, a government and an inhabited spacecraft to call territory, Asgardia would eventually fulfill three of the four elements the U.N. needs to consider a nation as a state. The fourth is recognition by U.N. member states.

During the same Skype call, Jakhu told Space.com that “if [Asgardia] does good things,” then he doesn’t think gaining recognition by existing U.N. member states will be a problem.

“The [Asgardia] vision is very, very clear: This nation will do things to help protect the Earth and, secondly, it will be for exclusively peaceful purposes and also allowing access to developing countries that don’t have that [space access]. So, if that is done, recognition will not be a major problem. If these four elements [territory, people, government and recognition] are achieved it become a state and can apply for its membership of the United Nations.”

No fees are required for the citizenship applications and new citizens will not be expected to contribute to the cost of the first satellite, to be called Asgardia, which the program team plans to launch in late 2017. Ashurbeyli would not provide any details about the satellite or what its function will be, but said it was “100 percent funded.”

Ashurbeyli said Asgardia’s first satellite would be launched from one of the spacefaring nations, but the launching state (the country that will pay for the launch) would be a country with an emerging economy that is not a signatory to the Outer Space Treaty. The project team views partnering with a developing country as a way to get countries involved that have not previously had access to space.

The Outer Space Treaty (OST) is an international agreement made during the Cold War in 1967, and assumes all activity in space will be led by a nation-state. Ashurbeiylj said he views the OST as restrictive, with its state actors-led approach. Ashurbeyli wants private individuals and companies to be able to act in space without direct government involvement. The OST also says that no nation-state can own territory in outer space and signatories are obliged to follow this. Partnering with a non-signatory nation would avoid such legal complications with regard to exploiting space resources, he said. Non-OST signatory African countries ─ Ethiopia and Kenya, in particular ─ are seen as potential candidates for the satellite’s launching state.

The Asgardia project team also has plans for satellites that would protect the Earth from asteroids and space debris. Asgardia project team member, Joseph Pelton, who is the director emeritus of the Space & Advanced Communications Research Institute at George Washington University, told Space.com after the news conference that the defense of the Earth would require different spacecraft.

For asteroid defense, Pelton envisages a flotilla of spacecraft that would be launched to meet the huge space rock years before it reached Earth and would fire lasers at the object’s surface. The laser fire would vaporize parts of the surface and the resulting jets of vapor would create enough force to slowly push the asteroid in another direction, avoiding Earth. Pelton expects Asgardia to work with Earth-based nation states to fund such a defense system.

For a defense against coronal mass ejections (powerful bursts of charged particles from the sun that can damage satellites or power grids), Pelton told Space.com: “I am working with Jim Green who is head of planetary sciences at NASA and we think it might be possible to deploy a system at L1, a million and a half kilometers [930,000 miles] out, that would have one to two Tesla magnetic fields that would be like an artificial Van Allen belt.” Tesla is the unit of measurement for the strength of a magnetic field (not only the name of a car company), and the L1 orbit lies between the Earth and the moon. The Van Allen belts are a collection of charged particles, gathered in place by Earth’s magnetic field, which deflect harmful particles from the sun.

Pelton went on to describe a Bigelow Aerospace inflatable space station positioned at L1, that uses solar power to create the magnetic force field to mitigate the impact of the coronal mass ejections. For these defense projects and other space technology developments, Ashurbeyli said he foresees crowdfunding as one potential source of investment capital.

So do you think you will apply? tell us in the comment section below or on our facebook page..