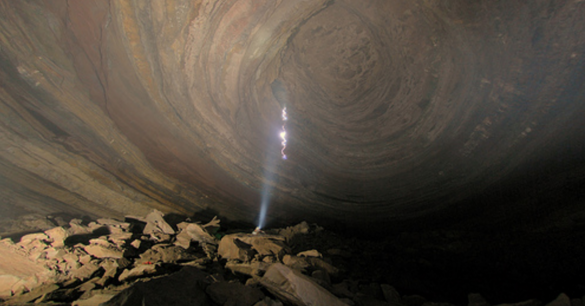 The Rumbling Below: Strange Sounds of “Engine Noise” From Underground

For many years, seismologists and geophysicists have studied various locations where unexplained “humming” is reported. Taos, New Mexico is among the most famous locations where locals have reported a strange, low-level humming, although areas in western Britain, as well as locales that include Sausalito, have reported similar humming noises of unknown origin.

Last year, a study featured in Geophysical Research Letters suggested that the underlying cause of mystery “hums” as microseismic activity caused by ocean waves, resulting from deep ocean waves moving across ridges and other geological formations along the ocean floor. This process, along with collisions between deep ocean currents, can result in seismic waves that are believed to result in resonant “humming” at certain locales. 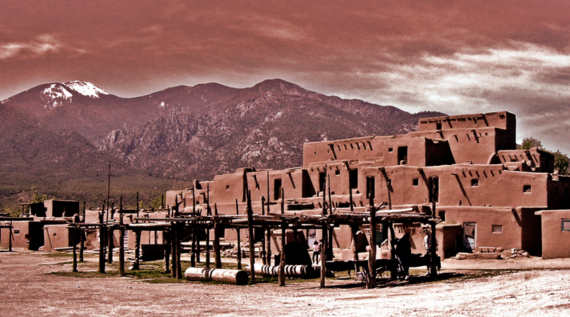 However, in the scientific literature pertaining to anomalous noises in nature, there are also instances where the sounds in question seem quite different. Two cases involving noise which, rather than being just a mysterious “hum”, actually sounded like engines of some variety, were reported in the late 1970s, as recorded by physicist William R. Corliss. The first of the two reports occurred in Colorado in 1970, as reported by one T. Adams and a group of campers he had joined on the night in question:

“Camping on the western slope of the Sangre de Cristos, northwest of Mount Blanca and south of the Sand Dunes, we heard the sounds in 1970. Two or three nights in succession, it ‘cranked up’ after midnight and subsided shortly before dawn. It wasn’t really loud enough to hear over conversation–but definitely sounded like a motor of some sort, with a suggestion of a dynamo-type whine to it. And others had said that it sometimes seems even louder with an ear to the ground. One could easily imagine the sound was coming from beneath the surface, but whether it did or not remains purely speculative.”

A similar incident occurred near Yakima, Washington, in the Autumn of 1978, as reported by a fire control officers operating near the Yakima Indian Reservation:

“In September 1978 the sound of underground turbines or engines was heard at Sopelia Tower at the southern boundary of the [Yakima Indian Reservation] for seven hours (approximately 9:00 PM to 4 AM, September 3-4). According to [a statement by W.J. Vogel, Chief Fire Control Officer], the noise was like a ‘turbine’ or ‘unsynchronized propellers on a multi-engine aircraft.’ When let outside the lookout station, the fire lookout’s dog displayed anxiety, and the lookout felt barely perceptible vibrations under her feet when standing on a concrete slab. The lookout said she had heard the same sound during the summer of 1978, but always during daylight.”

As the first of these two reports would seem to indicate, those who heard the “mystery engines” weren’t entirely certain that the sounds came from below; the second report indicated a mild vibration reported by the experiencer, as well as the hallmark “animal disturbance” indicated by her dog’s behavior. 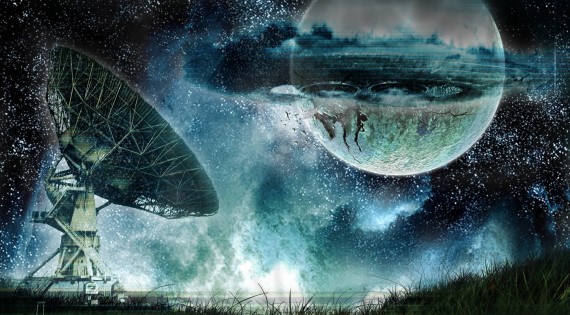 For years, many have speculated that strange hums and rumbling of this sort may indicate underground facilities, the likes of which have long been said to exist at high-security sites like Nevada’s Area 51. However, could it be that the “deep ocean current” hypothesis might explain some of these mystery sounds? According to the paper in Geophysical Research Letters, microseisms caused by this deep-sea activity can range from 3 to 10 seconds, with seismic periodicity lasting up to nearly 300 seconds. However, even the authors of the study expressed that these longer seismic features have been “strongly debated,” seemingly indicating differing opinions about whether our present determinations about these phenomena are indeed conclusive.

While it remains one possible solution to the mystery, there may well be other factors contributing to these mystery “underground” noises; among their speculative sources, factors ranging from buried transmission lines and pulsed radars, to the actual running of some distant engine, have been suggested. Whatever their source(s) may be, the sounds remain a peculiar mystery, though possibly one of some geophysical significance yet to be determined.