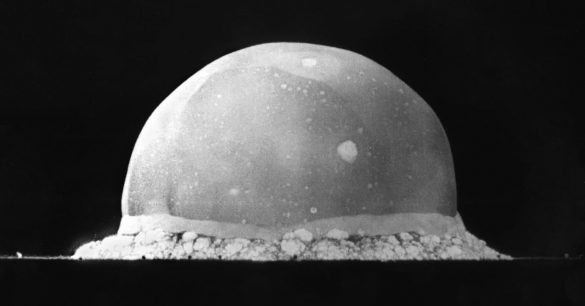 The Strange Link Between The Moon and The First Nuclear Test

Despite being one of the two perpetual occupants of Earth’s skies, the Moon still remains somewhat of a mystery to us feeble-minded Earthlings. Scientists and astronomers still debate about the unknown origins of Earth’s satellite, with the most popular theory being the Giant Impact Hypothesis. This theory speculates that some massive object slammed into the Earth at some point in distant cosmic history. Pieces of the smashed object and the hunks of Earth which it tore loose were all pulled together by their own gravity and over time formed our own Moon, or so the Giant Impact thinking goes. 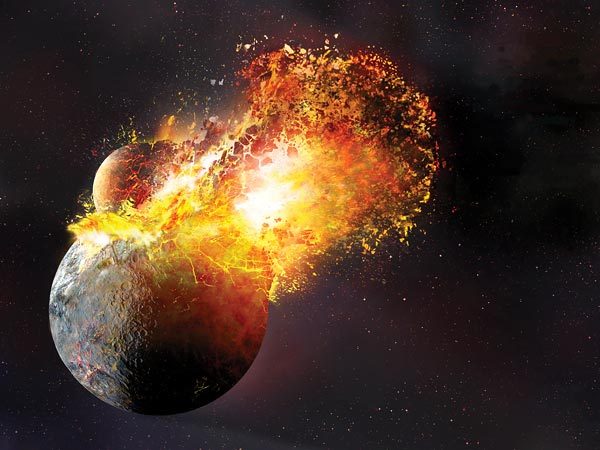 Some versions of this theory claim a planet called Theia slammed into early Earth and joined its mass with ours – aside from the pieces that flew off and formed the Moon.

One problem with this theory is the fact that analysis of the Moon’s various soil and rock samples show very little evidence of so-called volatiles – organic compounds or elements such as zinc or water which evaporate easily. These are highly abundant in most places on Earth, but not on the Moon. If the moon were to have its origin in a giant impact, many of these volatiles or, at the very least, their chemical traces should have been found on the Moon in similar concentrations. 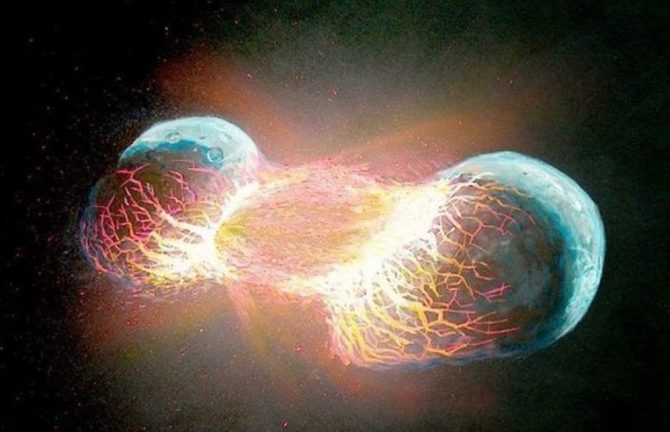 If the Moon was indeed formed by a Giant Impact, chemical evidence should suggest so.

To help resolve this hole in the Giant Impact theory of the Moon’s creation, a team of chemists and geologists from the University of California San Diego decided to look for similar evidence in a much more recent event: the 1945 Trinity nuclear test. The researchers guessed that conditions in a nuclear blast in the desert might simulate conditions similar to those of a giant cosmic impact, so they began analyzing the composition of trinitite, the green radioactive glass formed by the Trinity test. 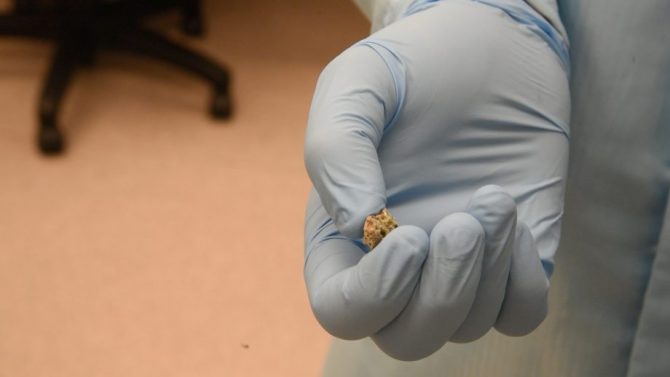 One of the trinitite samples used in this experiment.

Their analysis found that trinitite samples, like lunar soil, are curiously devoid of any volatile compounds. High-temperature evaporations such as those caused by a nuclear blast or a hypothetical cosmic collision could explain the absence of certain volatile chemicals or elements. 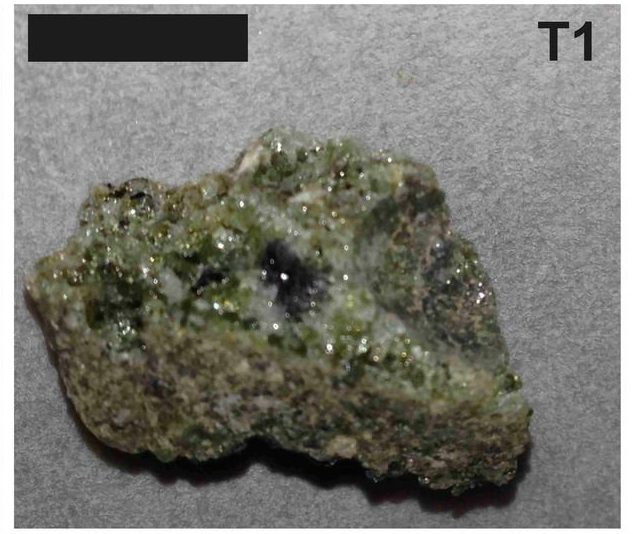 According to UC San Diego professor and head of this study James Day, this likely indicates that the Giant Impact Hypothesis could actually have scientific validity, at least on a chemical level:

This has been conventional wisdom, but now we have experimental evidence to show it.

Their data and results have been published in Science Advances. If this data holds up to further scrutiny, it could mean a complete reconception of the Moon. If it is proven that the Moon used to be a part of the Earth, it might explain the strange and unexplained connections so many living things seem to share with our closest cosmic neighbor.