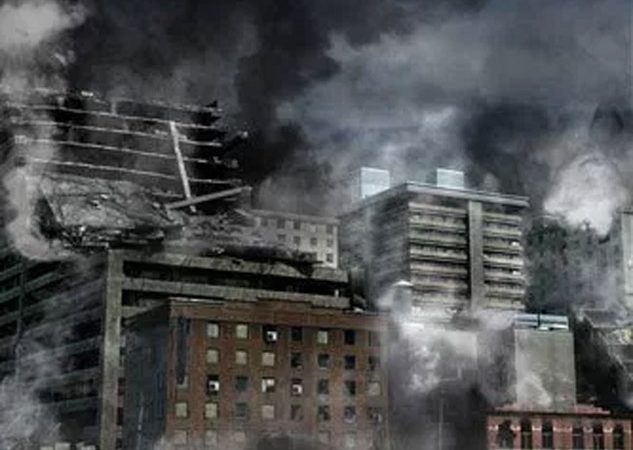 The Top 10 “Wake-Up Calls” For Non-Preppers When TSHTF

1. You look outside your window and only see darkness.

Our government has admitted that our electrical grid is being held together by little more than duct tape and bubble gum. We’ve had events as “harmless” as a tree branch falling 5 states away cause entire regions of the U.S. to go black. Without power, without street lights, urban environments become a pitch-black nightmare when the sun goes down.

2. Your family is complaining of being hungry and thirsty all the time

With grocery stores picked clean and chaos still ruling the world outside your home, you’ll be left to survive with only what you’ve collected so far.

In some scenarios, without electricity to run the city’s pumps (or your well), there won’t be any water coming out of your faucet.

Quick life hacks: There’s a new way to bring nearly any type of old battery back to life…brand new. This method works with nearly every type of battery out there …and it’s simple and quick.

Even if there is, if the utility infrastructure collapses and water treatment fails, the water coming out of your pipes could be dangerously contaminated and come out brown and smelling like chemicals or sewage. People can only live 3 days without water – even less in hot, stressful conditions.

Even for survivalists who hoarded food and water early, you won’t want to run through your stockpile too soon so rationing will be a big part of your response plan… and you’ll need to make hard decisions.

For non-preppers, it will be much worse!

3. Your toilet is smelling up the house.

With no water, there’s no indoor plumbing. But non-preppers will still try to use their toilets which will soon be useless and begin to stink up their house. YOU will be forced to find another means of getting rid of what’s coming out of your body.

In a disaster, critical injuries are more common but your local paramedics will be overwhelmed with the number of casualties. You may be the one who’s responsible of whether your child lives or dies from their wounds. Basic first aid skills may not be enough if there’s massive bleeding.

With more people turning to alternative means of cooking and heating in their homes, the probability of fires skyrockets. But as firefighters are called on to assist with crisis response throughout the area, flames will overtake homes and spread.

6. Mobs are moving from house to house – looting, smashing, and burning.

Police departments are manned based on peacetime needs and not prepared for an all-out collapse. With the anger and frustration over not being “taken care of”, local residents can turn mean and decide to take things into their own hands. In a collapse, there’s no more law.

Remember the “old days” when the power went out but your phone still worked? Well, with the “advancements” of internet lines, most phones now are all delivered digitally and almost nobody uses land-lines anymore.

In a collapse, if your computer goes down, so does your phone – and the cell networks will quickly become overloaded and drop your signal. Your trusty smartphone will be useless.

Even if you do get through to emergency services, police will be outnumbered and rendered practically useless. Many police officers will be forced to abandon their posts and look after their own families and as looting spreads to your area, YOU could be the only thing protecting your family. Lost Ways advice: Do you want to learn how you can cope with a food shortage, a mass pandemic a natural disaster or any other type of emergency situations just like our ancestors did 150 years ago? Stay safe. Stay prepared.

8. You feel unsafe at home.

Most people think they can just wait out a disaster. But what if a flood, wildfire, violent riot, or hostile force is heading your way? Or the looting mobs spread to your home and there’s no back-up from law enforcement to protect you? It’s a sad fact that most people will realize they have no choice but to get out of Dodge until it’s too late. Unfortunately, very few know the right way to design a bug-out “go bag”… even experienced “preppers”. This is one of the most critical elements of a survival plan and if you don’t get this right, you and your family are in severe danger

9. You look for an escape but there’s no way out.

Without a proper bug-out bag, most people will be scrambling around trying to collect all their belongings to evacuate the area. This takes up critical time you need to get ahead of the masses. Amidst the chaos, roadways will be jammed with fleeing citizens and stalled cars that have broken down or run out of gas. Highways will look more like giant parking lots. You’re stuck where you are.

10. Traveling outside your home becomes too dangerous.

As a sense of frustration, fear, and hopelessness sets in among your fellow townsfolk, even good people can turn bad. Desperate people do desperate things to survive – like attacking others for food after asking… then begging… yields nothing for their families. All travel, even

over short distances, will be too risky if you don’t have your go-bag ready and can get out the door before the highways turn into parking lots. At that point – faced with hordes of desperate citizens in chaos – the odds greatly increase that you could be killed if you venture out.Preparing To Survive A Collapse

In a collapse, if you haven’t made preparations, if you haven’t stockpiled supplies, if you don’t have a PLAN… you won’t have a prayer of surviving! Plain and simple. The sickness, the lack of emergency response personnel, the terrible sanitation, the deprivation from lack of food… these are all realities of trying to survive a collapse scenario with no preparations.

The top ten realities of such an emergency might seem too horrible for most people to face. But even for those of you who are already preparing, if your only plan lies in your stockpile at home, you can now see all of the threats that you may face that could uproot you and your family in a split second. This is why all the smart preppers know to start with your bug-out bag – because they realize what others don’t… that you must have the ability to go mobile if a crisis forces you to leave your food, water, and belongings behind.

Put yours together now and put your action plan into place now. It will be too late to get your evacuation kit together AFTER a crisis is already under way.