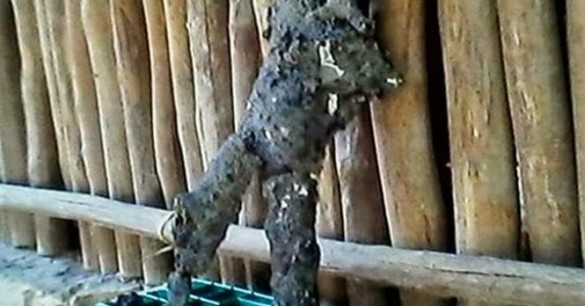 A story about a strange humanoid found at the crash site of what was first thought to be a meteor on Mexico’s Yucatan Peninsula in 2013 popped up again this week. The crash had an unusual effect on many people in the area. It’s worth taking another look at it because we’re at the end of 2015 and the mystery of the remains still remains.

According to news reports at the time, a meteor, fireball or unidentified space object fell from the sky on the evening of September 29th, 2013, in the town of Ichmul in southern Yucatan. The incident was witnessed and recorded by numerous people in the town, as well as in the nearby towns of Saban, Quintana Roo, San Francisco, and Peto Chikindzonot . Many more heard the loud boom that accompanied it, saw flashing blue lights and experienced power outages.

Since it appeared to crash so close to Ichmul, some residents went to find where it hit and were shocked at what they found: stuck in the ground were solid metallic-like pieces of … something. 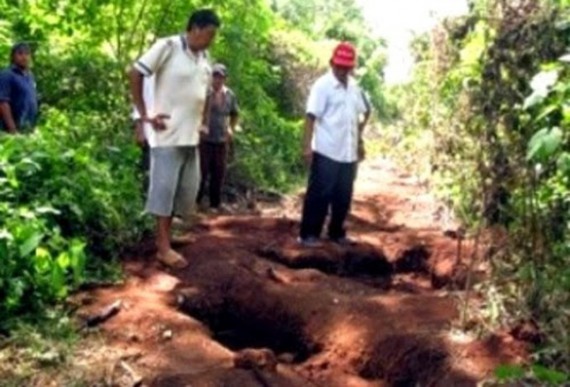 The site of the mysterious crash

They also reported a strange smell and some of them felt nauseous and had headaches. They took the fragments to the local police where they attempted to reassemble them into whatever it once was. 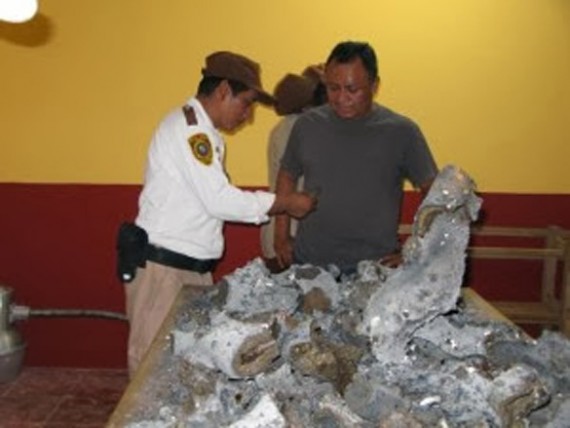 One of the things they assembled was what appeared to be a humanoid. They were unable to determine if it was a robot, a rigid metallic spacesuit or the remains of an alien with a body composition that could survive such a fiery crash. 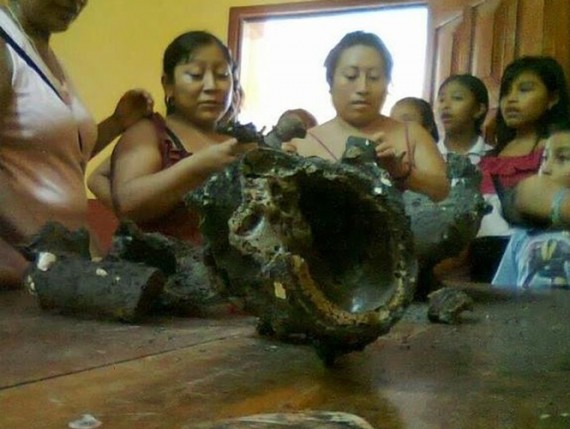 Is this an alien’s helmet?

So here we are in 2015, over two years after the mysterious crash and the remains of a humanoid and possibly its craft were found, and still no explanation …

Unless you’re willing to go back a few years … 65 million, to be exact. That’s when many believe an asteroid hit the Earth near Yucatan and caused the extinction of the dinosaurs. Was the humanoid coming to warn of another killer asteroid heading towards Earth? Was it trying to give enough of a warning about asteroid 2003 SD220, the 1.5-mile wide “high priority” near-Earth asteroid expected to come very close on or about Christmas Eve?

Is it just a coincidence that this 2013 story mysteriously popped up on the Internet again so close to the arrival in 2015 of a potentially disastrous asteroid? And what ever happened to the humanoid?