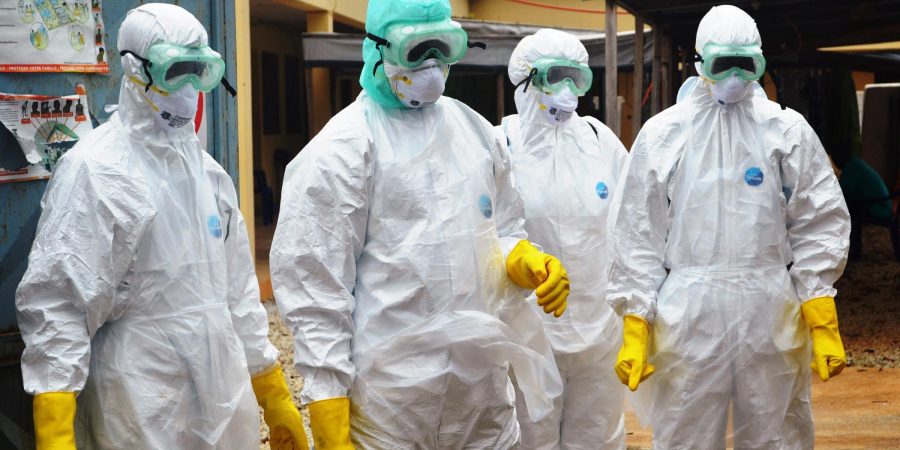 It’s always the quiet ones…

Charities, governments, and scientists from across the world gathered in Switzerland on Thursday to hammer out a plan of action to stop three of the world’s most potentially devastating diseases from turning into full-blown, global epidemics.

And the diseases they’re focusing on aren’t the headline-makers you might expect. The three disease targets are: Middle Eastern Respiratory Syndrome(MERS), Lassa fever, and the Nipah virus (NiV) – all of which are highly contagious, and currently have no vaccines or treatments in the pipelines.

The plan of attack, according to the announcement made by the Coalition for Epidemic Preparedness Innovations (CEPI) on Thursday at the World Economic Forum in Davos, Switzerland, is to fund vaccination research into these three diseases now, before they get out of hand.

So far, various charities and governments around the world have created a US$460 million initiative to get the ball rolling.

“We know that epidemics … are among the significant threats we face to life, health and prosperity,” said Jeremy Farrar, director of the health research charity Wellcome Trust.

“Vaccines can protect us, but we’ve done too little to develop them… CEPI is our chance to learn the lessons of recent tragedies and outsmart epidemics with new vaccine defences.”

The current goal is to develop at least two trial vaccinations for each of the three diseases.

Having multiple trial vaccinations ready to go will allow treatment of an immediate outbreak to jump straight into ‘Phase III’ testing of the drug, which is the step right before it is licenced as an actual vaccination.

Ideally, researchers would investigate five or six vaccines at a time. Yet according to tech billionaire and CEPI backer Bill Gates, at current funding levels it is more likely that they will only do two or three.

The first disease the group plans on attacking is MERS, a contagious respiratory disease that was first reported in Saudi Arabia in 2012.

“Most MERS patients developed severe acute respiratory illness with symptoms of fever, cough and shortness of breath. About 3 to 4 out of every 10 patients reported with MERS have died.”

Right now, MERS has only been spread by people travelling from Saudi Arabia to other places, such as in South Korea, where an outbreak occurred in 2015.

Following MERS, the next targets will be Lassa fever and NiV, two viruses that are both highly contagious and could present a global threat if left without proper vaccinations.

Lassa fever, which was discribed in 1969 in Nigeria, is contracted when people are exposed to contaminated rat urine or excrement. Once infected, the virus can transfer from person to person through body fluids. Every year the virus kills around 5,000 people, with most of the deaths occurring in West Africa.

NiV – also called Nipah – was discovered in 1998 in Kampung Sungai Nipah, Malaysia, and is contracted by eating food contaminated by fruit bats.

NiV can also spread from human to human, mostly in hospital settings, just like Lassa fever. So far, NiV has killed 196 people since 2001.

The announcement by CEPI to start pre-emptively trying to defeat these three diseases comes only a short while after the world recovered from its biggest Ebola outbreak since the disease’s discovery. A reported 11,300 people died from Ebola during the most recent outbreak, which lasted from 2013 to 2016.

Besides Ebola, the Zika virus has also been causing havoc in countries such as Brazil where, in 2015, 2,200 babies were born with microcephaly, a deformation of the head that stems from pregnant mothers contracting the virus through either mosquito bites or sexual transmission.

“Ebola and Zika showed that the world is tragically unprepared to detect local outbreaks and respond quickly enough to prevent them from becoming global pandemics,” Gates said in a press release.

While ensuring a healthy population is the goal of the new plan, these outbreaks also have serious economic repercussions, too, which can really impact the countries suffering most from the diseases.

“Guinea, Sierra Leone and Liberia suffered an economic loss of at least US$3 billion as a result of Ebola, and we know that SARS cost US$40 billion,” Norway’s Prime Minister Erna Solberg said at the World Economic Forum.

Hopefully, the plan to defeat the viruses before they become global epidemics will succeed, but only time will tell how tough it will be to create the vaccinations needed to stop them.