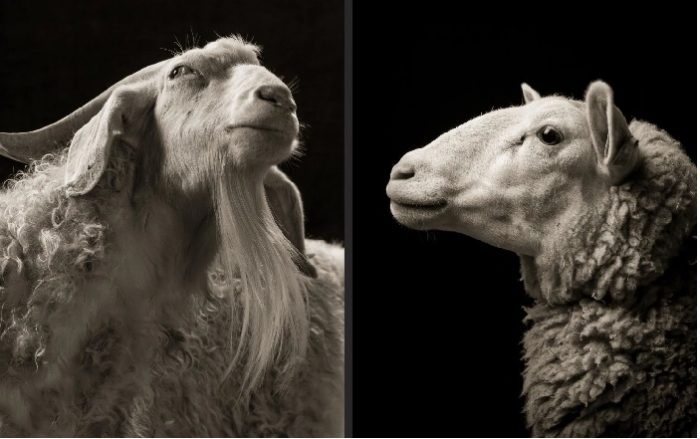 When photographer Kevin Horan moved into a house on quaint Whidbey Island in Washington state, along with it came a small herd of woolly neighbors. Whenever he came or went, he was greeted enthusiastically by a chorus of bleats. “Soprano, bass, raspy, soft, quick, slow: they were all different. It occurred to me these creatures were all individuals,” Horan said via email.

So naturally Horan says he asked if he could make their portraits. “Sure, knock yourself out,” the neighbor replied. But his first models refused to cooperate, unnerved by close human contact and the lighting equipment.

Still, Horan was steadfast. He sought out more agreeable subjects, like goats or sheep on dairy farms that were used to being handled. The end result is his photo series, “Chattel,” which may just be the most glorious portraits of goats and sheep that you’ll ever see.

Goats are known to be endlessly curious and social, while sheep are generally skittish but quite intelligent. But these frames paint them as individuals. Like people, they show a rainbow of personality quirks.

Horan often finds portraiture to be quite mysterious. Is seeing a powerful portrait truly witnessing the unfolding of the inner self in front of a lens? Or do viewers also project their interpretations onto, and in this case, anthropomorphize, the images? After photographing so many sheep (and countless humans), he still doesn’t know.

As for the neighbor’s original herd, the flock has dwindled to one solitary sheep. “I never knew why he had them, and I’m not sure if he did either,” Horan said.

“Chattel” is on exhibit at PDNB Gallery in Dallas, Texas, as part of the “Critters” exhibition until Aug. 27, 2016.

On left, Sydney. On right, Lizzie, who was one of Horan’s first subjects. (Kevin Horan) 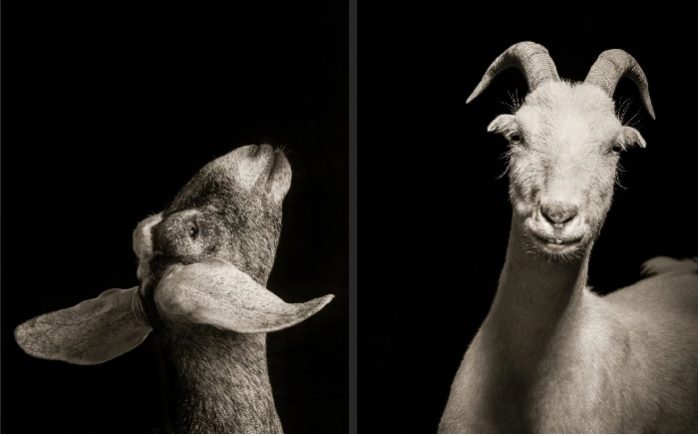 On left, Xenia. On right, Stanwood, a LaMancha who is over 10 years old. (Kevin Horan) 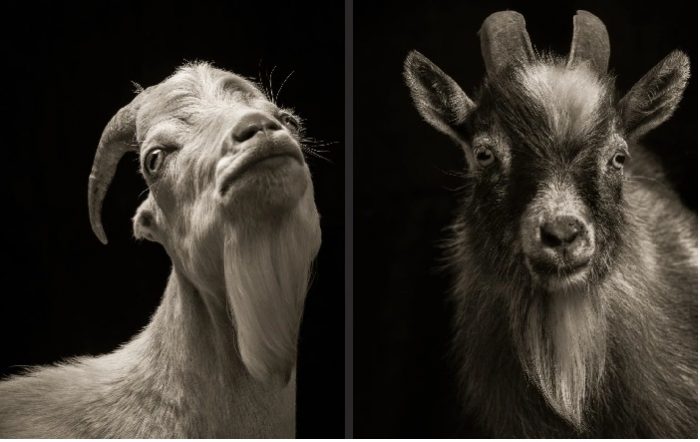 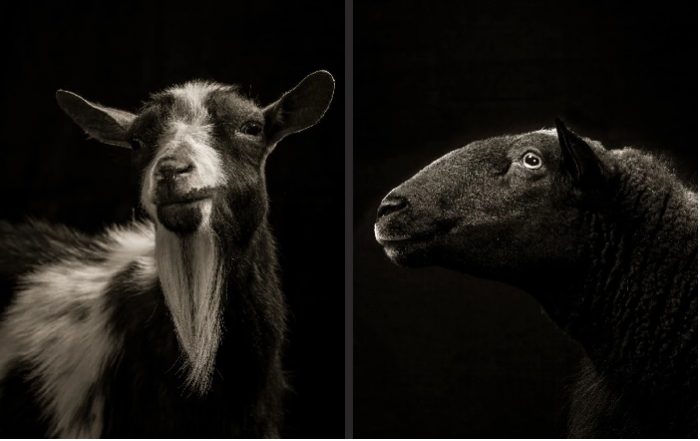 Mandy, a Nigerian Dwarf who is over 10 years old. On right, Opie, a sheep. (Kevin Horan) 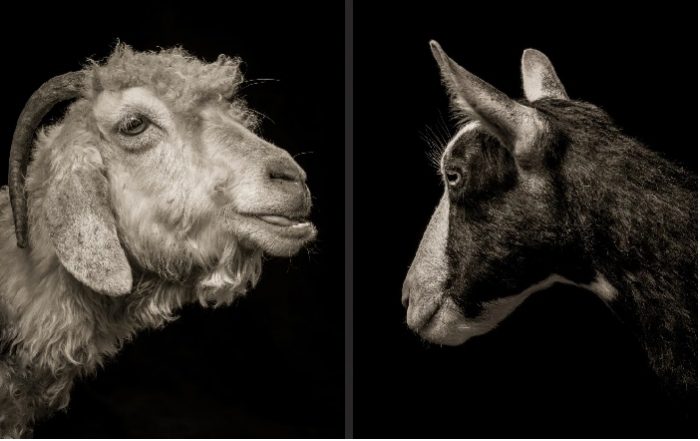 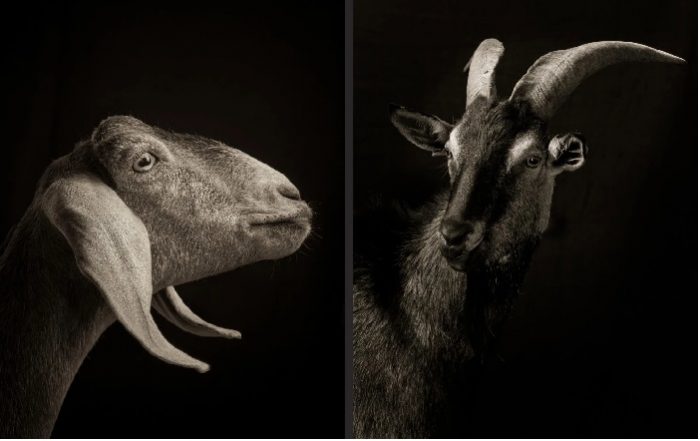 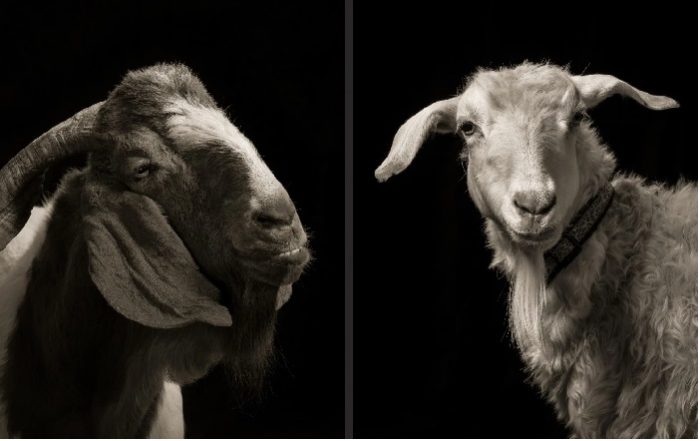 On left, Jake, a 15-year-old aging Boer who is nearly 300 pounds. He lives at a sanctuary because he refuses to respect enclosures of any kind. On right, Sophie, an 8-year-old Angora. (Kevin Horan) 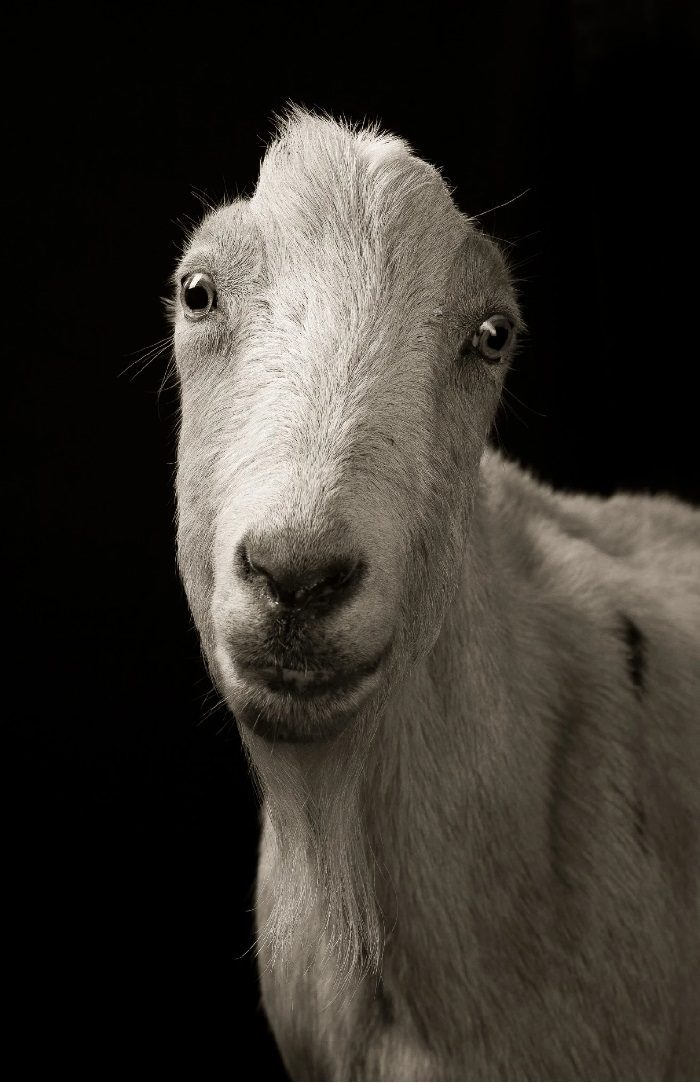 Editor’s comment: It’s a tough call, they are all gorgeous but I think “Carl” (the very last pic) has got to be my pick 🙂