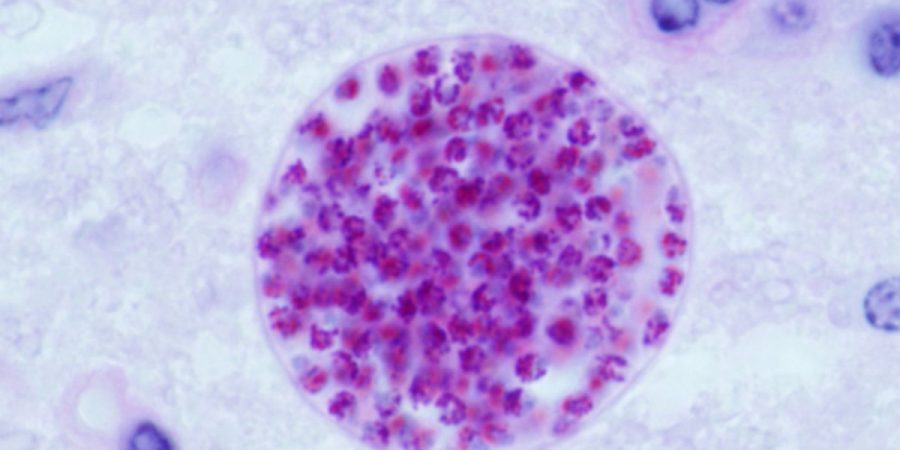 This Cat Poo Parasite May Influence Your Sexual Desires

A common parasite is eyed as a culprit in sadomasochistic longings.

Sadomasochism has long intrigued psychologists, who have proposed a variety of theories to explain why some people are sexually attracted to pain or humiliation. Included among them: a desire for power, stress relief or the rush of endorphin release.

A new study explores a different possibility — that some people might develop a preference for sadomasochism after becoming infected with a common parasite called Toxoplasma gondii.

Infection with the single-celled microbe is known to make rodents less fearful of — and even attracted to — cats, where the parasite needs to land in order to reproduce.

And while the new study found only a small effect of toxoplasmosis on sexual preferences, primarily in men, the findings draw attention to emerging, if conflicting evidence about how a prevalent parasite affects human health and behavior, says lead author Jaroslav Flegr, an evolutionary biologist at Charles University in Prague.

The work, he adds, could also help elucidate a complex relationship between fear and sex, even in people who are not infected.

“Toxoplasma is definitely not responsible for sadomasochism,” Flegr said. “It just succeeds in using the fact that sex-related stimuli and fear-related stimuli affect very similar circuits in the brain. Even without Toxoplasma, there will be some relationship between fear and sex.”

Toxoplasmosis is widespread, affecting 22 percent of people in the United States over age 12, according to the Centers for Disease Control and Prevention, with rates as high as 95 percent in some populations. Cats play a large role in spreading the parasite, which can also pass from a mother to her unborn fetus.

The parasite has well-established effects on the behavior of mice and rats. In experiments, infected rodents exhibit delayed reaction times, higher activity levels and less fear in the presence of cats — giving them a “fatal attraction” to their predators. Infected primates also become less fearful when they smell large feline pee.

In a 2014 study that investigated what was happening in the brains of infected rats, researchers found that the parasite induced gene changes that altered which circuits were activated by the smell of cat urine. Instead of stimulating fear circuits, the smell stimulated circuits associated with sexual behavior in the presence of Toxoplasma gondii.

When he learned of the 2014 results showing a shift from fear to sexual attraction in the brains of infected rodents, he wondered if the same thing might happen in people.

There was some precedent for the idea. Although research on human behavior has lagged behind that on rodents, there is some evidence that infected people become more likely to develop schizophrenia or get involved in traffic accidents. In his studies, Flegr has also found that infected people become less averse to the smell of cat urine. When asked what animal they might want to be in a future life, he adds, infected men often list cats.

For the new study, he and a colleague gave an online survey to thousands of people in Slovakia and the Czech Republic, who answered more than 700 questions that assessed both sexual preferences and behaviors.

Women who were infected reported having sex with animals (usually dogs) more frequently than Toxoplasma-free participants did, the researchers reported in August in the journal Evolutionary Psychology.

A variety of studies have established relationships between sex, danger, power and fear — regardless of the presence of Toxoplasma gondii. The new study added to that evidence, with about 20 percent of both men and women reporting that they were aroused by their own powerlessness. A third of men and 11 percent of women were aroused by someone else’s powerlessness.

In his view, a more important message is the possibility that toxoplasmosis threatens our health in ways that still aren’t fully known or appreciated. In a newer study, which has been accepted for publication, he says he has found a strong association between infection and common illnesses, including heart disease and some cancers.

“Toxoplasmosis is a serious disease, and it’s very urgent to search for some kind of drug or vaccine,” he says. “We have no method of treatment and we really need it.”

When it comes to evidence that toxoplasmosis might affect sexual preferences or any other kind of human behavior, studies need to be repeated before we can make any conclusions about cause and effect, says Karen Sugden, who studies biology and behavior at Duke University in Durham, North Carolina.

In a study of 837 people published earlier this year, she and colleagues found little evidence that infection with the parasite caused psychiatric disorders, poor impulse control, or other personality or brain changes. Human behavior is challenging to study, she adds, with many factors that influence the choices we make.

If a common parasite that’s spread by a popular pet turns out to really affect how we act, toxoplasmosis could become a major public health issue, Sugden says. But she wants to see more evidence before she’s willing to be swayed either way.

“We’ve got lots of conflicting reports on toxoplasmosis and effects on behavior right now,” Sugden says. “The jury is still out.”