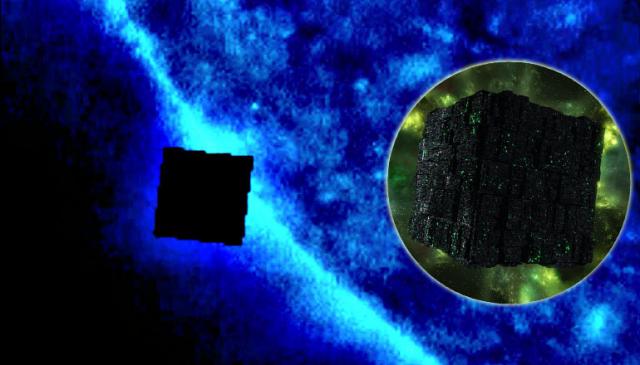 This Giant Cube UFO Keeps Returning to Our Sun. Why?

No one knows what this ginormous cube UFO is doing out there, but it keeps coming back to its position in front of our Sun.

No, we’re not sure it’s a Borg Cube, but that doesn’t mean its intentions are benign.

The enormous cube-shaped UFO was spotted near our Sun on December 22 by myunhauzen74 of YouTube, a conspiracy theorist known for his stance on NASA and the truth he believes they keep hidden.

In the photos released by NASA’s SOHO (Solar and Heliospheric Observatory), a cube the size of Earth can be seen hovering near the star that gives us warmth. While some speculate that the cuboid shape is the result of NASA censorship done to hide the actual craft, there are others who invoke pretty convincing arguments in favor of the cube UFO hypothesis.

According to UFO hunter Scott Waring, the object in the photos appears to reflect sunlight and therefore must be a solid object. 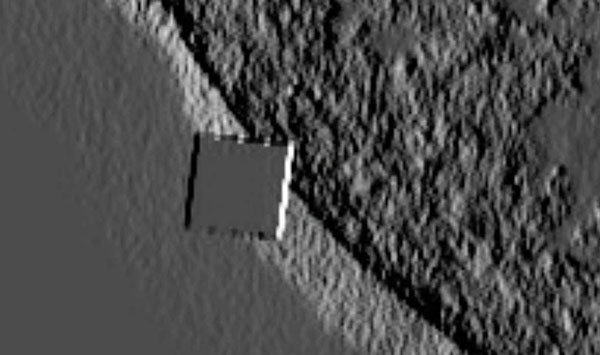 “Did you notice the light extending out from the sun and around the cube?” he asked on his blog. “The light is going out further than other places around the sun. This means the light is reflecting off the dark surface of the UFO and the UFO is getting hit by the Sun’s heat.”

If this object is indeed a physical UFO, it definitely has a vetted interest in our Sun. Many UFO experts believe aliens could harness the power of our star and transform it into energy they could use. Some even speculate that the Sun’s immense power output could be manipulated into tearing the space-time around it, opening up a wormhole for the aliens to use.

The precise geometric form of the enigmatic presence could be enough to suspect it has an artificial origin. But that origin could be more prosaic than you think. NASA maintains that it is an image artifact, the result of cameras recalibrating themselves.

This explanation fails to convince UFO hunters who are determined to get the truth out one way or another. They claim that this UFO was photographed dozens of times in the past few years, a testament to the persistent presence of advanced aliens in our Solar System.

What do you think, glitch, cube UFO or the cover-up of something much darker?