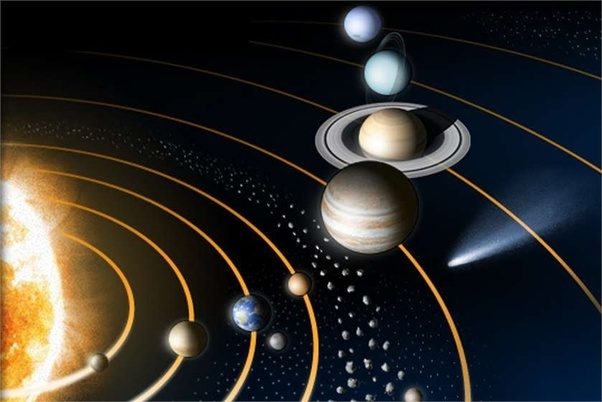 For all its issues and faults, Earth is still a beautiful place. Think about it: the colorful sunsets, the warm ocean breeze, dogs, Doritos, the fact that we’re currently not being vaporized to smithereens. Yes, life on Earth sure is lovely — especially compared to what it could be like on any other neighboring planet.

Space: It Does The Body NO GOOD

If Elon Musk has his way, we’ll soon be living it up on Mars. But until then, we’re all stuck here on Earth. Trust us: you don’t want to venture into other parts of the solar system before we have every single safety precaution in place. Neil deGrasse Tyson, everyone’s favorite astrophysicist, explains why in the Business Insider video below. In short, being basically anywhere in space without a spacesuit would be catastrophic. (Heck, even being in space in a spacesuit will do you some harm.) There’s nowhere besides Earth where you could survive any longer than two minutes.

Let’s start with a softball; the sun would obviously fry you up immediately. “You would vaporize,” Tyson says. “So that’s really fast; not a good place to visit.”

Total time: Less than one second

The side that faces the sun is extremely hot (800 degrees Fahrenheit/427 degrees Celsius at its hottest). Conversely, the opposite side is freezing (minus 290 degrees Fahrenheit/minus 179 degrees Celsius at its coldest). If you could straddle the line between the two temperatures and rotate between them, Tyson explains, then just maybe “you could survive as long as you could hold your breath.”

At 900 degrees Fahrenheit (482 degrees Celsius), you already know this one isn’t going to be pretty. “By the way, Venus has about the same gravity as Earth, so you’d be very familiar walking around,” Tyson says, “until you vaporize.”

Total time: Less than one second.

Thanks to the wonderful oxygen in our atmosphere, food and water, and everything else that makes our home planet liveable, you can get in a good 80 years here. You may live even longer if you inhabit a “blue zone,” one of the several places on Earth where people tend to live much longer than the general population.

“Mars is very cold, but the air is very thin,” Tyson says, “so the intensity of the cold won’t be as biting as it might otherwise feel at that temperature on Earth.” With some very, very warm clothing, you could probably walk around on Mars until you couldn’t hold your breath any longer. (Ball’s in your court to fix that problem, Elon.)

Being a gaseous planet, Jupiter would make for a uniquely uncomfortable life. On — or in? — this enormous planet, “you would descend forever into the gaseous atmosphere until you’re crushed by the pressure of the planet’s layers.”

Total time: Less than one second

See above. As with Jupiter, you’d descend into these gas giants and ultimately be crushed by the pressure. Nope, not even the rings of Saturn would provide you with a stable surface to walk on. Bummer.

Total time: Less than one second each

On Mercury, the side that faces the sun is super hot, and the opposite side is extremely cold.
00:51

The surface of Venus is 900 degrees Fahrenheit, hotter than a pizza oven.
01:11

Jupiter has no surface to land on—you would descend into its gaseous atmosphere until you were crushed by the pressure.
01:54