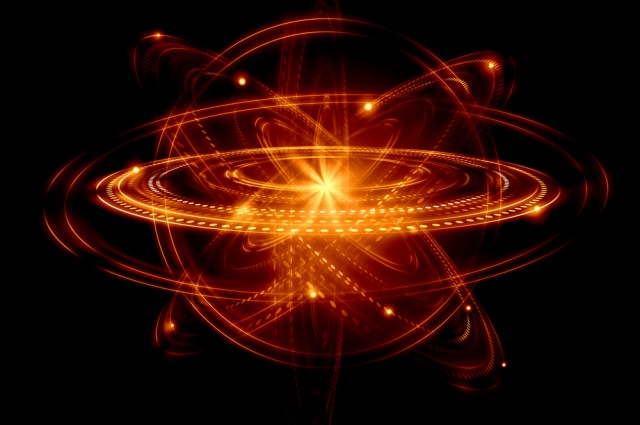 Consciousness isn’t something scientists like to talk about much. You can’t see it, you can’t touch it, and despite the best efforts of certain researchers, you can’t quantify it. And in science, if you can’t measure something, you’re going to have a tough time explaining it.

But consciousness exists, and it’s one of the most fundamental aspects of what makes us human. And just like dark matter and dark energy have been used to fill some otherwise gaping holes in the standard model of physics, researchers have also proposed that it’s possible to consider consciousness as a new state of matter.

To be clear, this is just a hypothesis, and one to be taken with a huge grain of salt, because we’re squarely in the realm of the hypothetical here, and there’s plenty of room for holes to be poked.

But it’s part of a quietly bubbling movement within theoretical physics and neuroscience to try and attach certain basic principles to consciousness in order to make it more observable.

The hypothesis was first put forward in 2014 by cosmologist and theoretical physicist Max Tegmark from MIT, who proposed that there’s a state of matter – just like a solid, liquid, or gas – in which atoms are arranged to process information and give rise to subjectivity, and ultimately, consciousness.The name of this proposed state of matter? Perceptronium, of course.

As Tegmark explains in his pre-print paper:
“Generations of physicists and chemists have studied what happens when you group together vast numbers of atoms, finding that their collective behaviour depends on the pattern in which they are arranged: the key difference between a solid, a liquid, and a gas lies not in the types of atoms, but in their arrangement.

However, this should not preclude us from identifying, quantifying, modelling, and ultimately understanding the characteristic properties that all liquid forms of matter (or all conscious forms of matter) share.”

In other words, Tegmark isn’t suggesting that there are physical clumps of perceptronium sitting somewhere in your brain and coursing through your veins to impart a sense of self-awareness.

Rather, he proposes that consciousness can be interpreted as a mathematical pattern – the result of a particular set of mathematical conditions.

Just as there are certain conditions under which various states of matter – such as steam, water, and ice – can arise, so too can various forms of consciousness, he argues.

Figuring out what it takes to produce these various states of consciousness according to observable and measurable conditions could help us get a grip on what it actually is, and what that means for a human, a monkey, a flea, or a supercomputer.

The idea was inspired by the work of neuroscientist Giulio Tononi from the University of Wisconsin in Madison, who proposed in 2008 that if you wanted to prove that something had consciousness, you had to demonstrate two specific traits.

According to his integrated information theory (IIT), the first of these traits is that a conscious being must be capable of storing, processing, and recalling large amounts of information.

“And second,” explains the arXiv.org blog, “this information must be integrated in a unified whole, so that it is impossible to divide into independent parts.”

This means that consciousness has to be taken as a whole, and cannot be broken down into separate components. A conscious being or system has to not only be able to store and process information, but it must do so in a way that forms a complete, indivisible whole, Tononi argued.

If it occurred to you that a supercomputer could potentially have these traits, that’s sort of what Tononi was getting at.

As George Johnson writes for The New York Times, Tononi’s hypothesis predicted – with a whole lot of maths – that “devices as simple as a thermostat or a photoelectric diode might have glimmers of consciousness – a subjective self”.

In Tononi’s calculations, those “glimmers of consciousness” do not necessarily equal a conscious system, and he even came up with a unit, called phi or Φ, which he said could be used to measure how conscious a particular entity is.

Six years later, Tegmark proposed that there are two types of matter that could be considered according to the integrated information theory.

The first is ‘computronium’, which meets the requirements of the first trait of being able to store, process, and recall large amounts of information. And the second is ‘perceptronium’, which does all of the above, but in a way that forms the indivisible whole Tononi described.

In his 2014 paper, Tegmark explores what he identifies as the five basic principles that could be used to distinguish conscious matter from other physical systems such as solids, liquids, and gases – “the information, integration, independence, dynamics, and utility principles”.

He then spends 30 pages or so trying to explain how his new way of thinking about consciousness could explain the unique human perspective on the Universe.

As the arXiv.org blog explains, “When we look at a glass of iced water, we perceive the liquid and the solid ice cubes as independent things even though they are intimately linked as part of the same system. How does this happen? Out of all possible outcomes, why do we perceive this solution?”

It’s an incomplete thought, because Tegmark doesn’t have a solution. And as you might have guessed, it’s not something that his peers have been eager to take up and run with. Tegmark himself might have even hit a brick wall with it, because he’s never managed to take it beyond his pre-print, non-peer-reviewed paper.

That’s the problem with something like consciousness – if you can’t measure your attempts to measure it, how can you be sure you’ve measured it at all?

More recently, scientists have attempted to explain how human consciousness could be transferred into an artificial body – seriously, there’s a start-up that wants to do this – and one group of Swiss physicists have suggested consciousness occurs in ‘time slices’ that are hundreds of milliseconds apart.

As Matthew Davidson, who studies the neuroscience of consciousness at Monash University in Australia, explains over at The Conversation, we still don’t know much about what consciousness actually is, but it’s looking more and more likely that it’s something we need to consider outside the realm of humans.

“If consciousness is indeed an emergent feature of a highly integrated network, as IIT suggests, then probably all complex systems – certainly all creatures with brains – have some minimal form of consciousness,” he says.

“By extension, if consciousness is defined by the amount of integrated information in a system, then we may also need to move away from any form of human exceptionalism that says consciousness is exclusive to us.”

Here’s Tegmark’s TED talk on consciousness as a mathematical pattern: