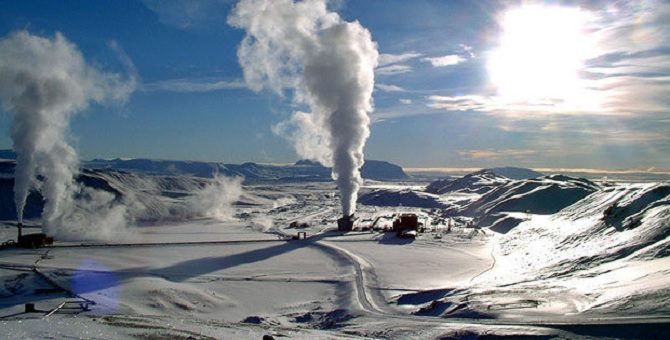 ‘Thor’ Drills to a Record 4.7km Beneath Iceland

Iceland gets a quarter of its energy through geothermal plants.

A new experimental project is aiming to generate electricity by harnessing the power of volcanoes.

Debuted back in August of last year, the rig, which is named after the Norse god of thunder, managed to reach a record-breaking depth of 4,659 meters within the space of six months.

The project’s primary aim is to harness the extreme heat beneath the surface of the planet by turning it in to a clean, renewable energy source that does not rely on fossil fuels.

The key to harnessing volcanic geothermal energy is something called “supercritical water” which is created when water comes in to contact with the extreme temperatures of molten rock.

In a supercritical state the water is neither a liquid nor a gas and can carry up to ten times as much energy as regular steam. Scientists believe that supplying Reykjavik’s 210,000 inhabitants would require only five supercritical wells as oppose to 30-35 conventional high temperature wells.

Iceland is certainly no stranger to clean energy, especially given that it is currently the only country in the world to derive its entire electricity supply from renewable sources.

With supercritical geothermal energy, it will not only be able to consolidate this record but may also be able to help distribute clean energy solutions to other countries as well.