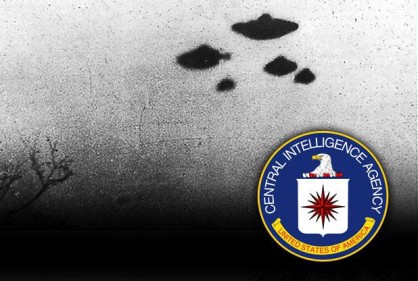 The Central Intelligence agency has recently released thousands of highly classified UFO documents to the public, and UFO hunters and Ufologists are going crazy as they list through the never-before-seen materials which could drastically change how we look at the UFO phenomenon.

According to the CIA’s library:

This collection catalogs CIA information on this subject from the 1940s through the early 1990s. Most of the documents concern CIA cables reporting unsubstantiated UFO sightings in the foreign press and intra-Agency memos about how the Agency handled public inquiries about UFO sightings. For the most recent CIA information on UFOs, see the article “CIA’s Role in the Study of UFOs, 1947-90” at the Center for the Study of Intelligence website (https://www.cia.gov/library/center-for-the-study-of-intelligence/index.html). The article is located in On-line Publications under the “Studies in Intelligence” section, specifically semi-annual Edition #1, 1997.

CHECK OUT THE LINK AT THE END OF THE ARTICLE TO ACCESS THE CIA ARCHIVES.

Among the numerous documents found in the vast UFO archives of the Central Intelligence Agency, there are a number of sinister-looking images of mysterious unidentified flying objects and very detailed reports of sightings all around the planet.

The CIA said: “We’ve decided to highlight a few documents both skeptics and believers will find interesting.” One report says: “Less than 100 reasonably credible reports remains ‘unexplainable’ at this time. It is recommended that CIA surveillance is continued. “It is strongly urged, however, that no reports of CIA interest or concern reach the press or public.

Interestingly, in recent years, a number of governmental agencies have come out of the dark and disclosed a number of images and documents which directly imply that our civilization isn’t the only one in the known universe.

According to a report from the Federal Bureau of Investigations, our planet has even been visited by ‘beings’ that belong to another dimension.

The special agent of the FBI, a lieutenant colonel whose identity, remained anonymous because of “national security” gather numerous data on the UFO phenomena after interviewing and studying the phenomena for years.

According to reports and “Declassified” documents, we have been visited by numbs extraterrestrial species, some of these, are not only from other planets but from other dimensions. Some of these beings originate from an ethereal plane coexistent with our physical universe. These “entities”, which could “materialize” on our planet appeared as giant translucent figures.

It seems that we have entered a new era where governmental agencies simply cannot suppress their studies and ‘classified’ document about Alien Life and the UFO phenomenon.

While we still approach some of these sightings and reports with a degree of skepticism, we have to admit that some of them are anything but ordinary and it will take an open mind to fully understand what the reports of the CIA and FBI are really describing.

One thing is sure, it is very unlikely that we are the only intelligent beings inhabiting the universe. But as the great Carl Sagan once said, “Extraordinary claims require extraordinary evidence,” and it might just be that these documents are in fact, the extraordinary pieces of evidence we have been waiting for since the first UFO’s in modern times were reported.

“The universe is a pretty big place. If it’s just us, seems like an awful waste of space.”
― Carl Sagan

You can access the declassified CIA documents by clicking HERE