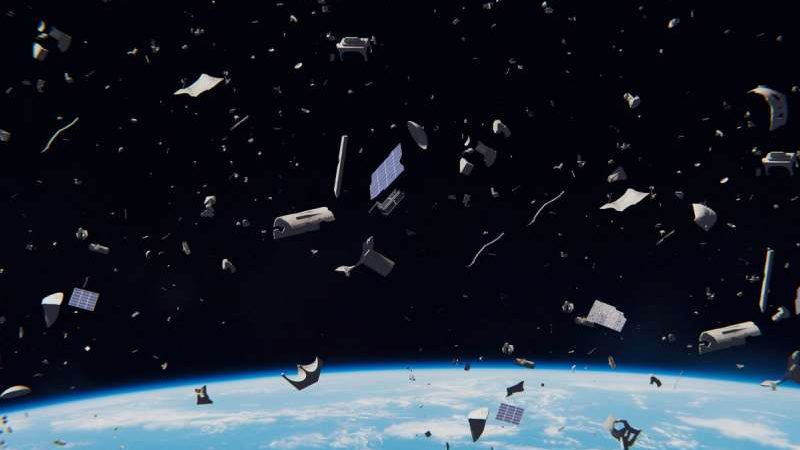 Despite efforts to combat the problem of space debris in orbit around our planet, the ESA has released a damning report indicating the problem is becoming a lot worse over time, with explosive consequences.

Space debris has been accumulating ever since such pioneering space missions as the launch of Sputnik 1 in October 1957 and the Apollo 11 mission to the moon in July 1969.

Rocket boosters, defunct satellites and a variety of spaceborne shrapnel now vastly outnumber operational craft in orbit. With each new satellite launch and mission to the ISS, the risk of collision rises, as objects destroy each other, producing yet more debris.

Earlier this year, there were fears that two old satellites might collide, while the International Space Station has also been forced to make emergency maneuvers to avoid a collision three times in 2020 alone.

There have been roughly 12 fragmentation events annually for the past 20 years, and the number is rising. One ESA model suggests there are over 130 million pieces of space shrapnel smaller than a millimeter in length.

Defunct space stations and satellites are also breaking up in the atmosphere on a regular basis, increasing the size and density of the existing debris fields. However, the ESA is highlighting the risk from orbital explosions as a top priority in its latest report.

“The biggest contributor to the current space debris problem is explosions in orbit, caused by left-over energy – fuel and batteries – onboard spacecraft and rockets,” said Holger Krag, head of the ESA’s Space Safety Programme.

“Despite measures being in place for years to prevent this, we see no decline in the number of such events. Trends towards end-of-mission disposal are improving, but at a slow pace.”

The agency highlights the need for more prolific use of reusable rockets to reduce the amount of orbital detritus, as well as better spacecraft construction techniques that make them less likely to gradually disintegrate as much over time.

The report also suggests releasing stored energy and fuel to reduce the number of orbital explosions in the debris field, or using this energy to move the spacecraft to a safer orbit.

These include so-called “graveyard orbits” above those occupied by operational spacecraft, or a decaying one, which would eventually drag the craft back down to Earth where it would burn up in the atmosphere.

Meanwhile, the agency has commissioned a project to collect space debris, with a proof-of-concept expected some time in 2025.

Automated systems to prevent high-risk collisions are also in development, precluding the need for human controllers to track each and every defunct satellite and assorted other decommissioned craft.

“Space debris poses a problem for the near Earth environment on a global scale, to which all spacefaring nations have contributed and for which only a globally supported solution can be the answer,” the ESA concluded in its report.