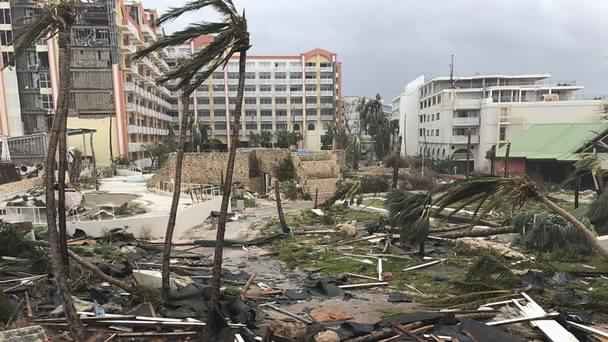 The appearance of three strong hurricanes in the Atlantic basin which all threaten land is “unparalleled” in modern times, a tropical storms expert has said.

Hurricane Irma has already caused major damage in the Caribbean and is expected to hit southern Florida, while Hurricane Katia is menacing eastern Mexico, and Hurricane Jose could hit Antigua and Barbuda, which suffered major damage just days ago under Irma.

The last time there were three hurricanes in the Atlantic basin simultaneously was 2010, meteorologists said. Including this year, there are only six examples of simultaneous hurricanes on record, according to the Met Office.

But it is the first time all three have threatened land, according to Eric Blake, a scientist at the National Hurricane Centre.

“Three separate hurricane watches at once for the Atlantic? Unparalleled here and totally ridiculous given Irma.”

Compared to the 2010 storms, Karl, Igor and Julia, Mr Blake said: “Julia was nowhere near land. Never a threat. Irma likely to do 100 times more damage than Igor/Karl.”

Images shared comparing the hurricanes were inaccurate, Mr Blake said, because the tracks of the storms were different, meaning Irma, Katia and Jose are much more threatening to humans.

“The appearance of several hurricanes at the same times isn’t unknown, and there is a meteorological term, fujiwhara, for them dancing around and interacting with each other.”

Hurricane Irma, which caused severe damage to parts of the Caribbean, has weakened to a Category Four storm, but is still described as “very dangerous”, with winds of up to 155mph.

It is expected to maintain its strength as it approaches the Turks and Caicos and Bahamas, then Florida.

State governor Rick Scott said: “This storm has the potential to catastrophically devastate our state and you have to take this seriously.”

Half a million Floridians have been evacuated.

Meanwhile, it is feared Hurricane Jose, a Category Three storm, could bring further devastation to areas already battered by Irma.

“We are very worried about Hurricane Jose,” Gaston Browne, prime minister of Antigua and Barbuda, told The Washington Post.

He said around 60 per cent of Barbuda’s 2,000 inhabitants were homeless because of the damage wrought by Irma.

Residents are attempting to evacuate the island but there are few boats to help move them.

And the category one Hurricane Katia is in the Gulf of Mexico and menacing the country’s eastern seaboard.

It is expected to hit the state of Veracruz on Saturday. Experts are concerned the hurricane, currently generating 80mph winds, could gain strength by the time it makes landfall.

Katia has “worrying characteristics” because it is very slow-moving and could dump a lot of rain on areas that have been saturated in recent weeks, according to Luis Felipe Puente, head of Mexico’s national emergency services.

Will Worley
The Independent (UK)