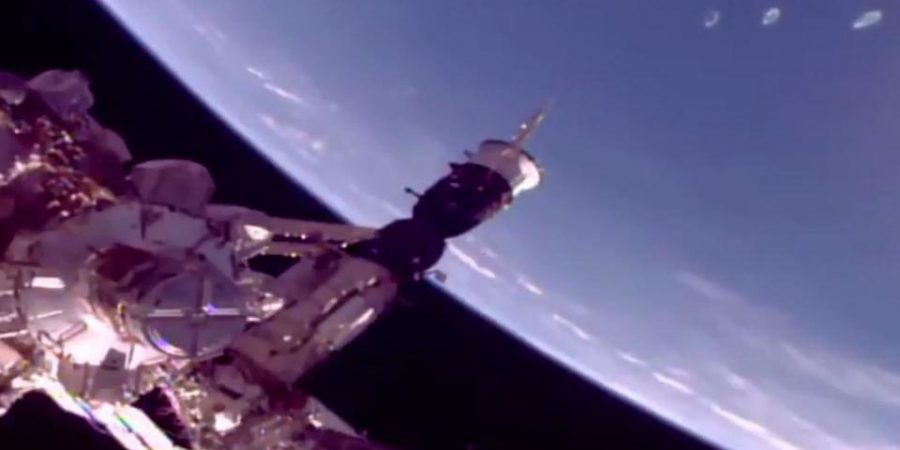 UFO watchers have been left baffled by three massive “alien portals” which mysteriously appear below the International Space Station in bizarre footage.

The video appears to show a trio of circular shapes flying across the earth’s atmosphere and just below the space station.

“Is this something extraterrestrial?”

The footage then zooms in on the objects which reveal they seem to be some sort of circle with a hole in the middle.

Brett adds: “They look almost like smoke rings and they seem to be drifting.

“I’m not sure these are just anomalous clouds – there’s no other ones in the hemisphere.

“If you look at them closely you’re just not sure.

“Are they portals of some sort?”

The video has currently been viewed more than 11,000 times and a number of people have commented on what they believe the mysterious objects could be.

One wrote: “They are too high and too fast for clouds.

“I noticed some ‘UFOs’ cause a steamy vapour when they enter our atmosphere.”

Another added: “Maybe it was a meteor entering the atmosphere and caused a sonic boom which caused the rings?”

However others seemed unconvinced and were quick to banish any ideas that the objects were UFOs.

One said: “They are called CLOUDS.”

While another said: “Once again if you don’t know nothing – don’t say its UFOs. Its ice! Simple and nothing more than ice.”

Last week, eerie footage captured in Scotland showed black rings floating in the sky near a motorway as the mystery concerning what they are deepens.

The sinister spectacle reappeared near the M9 in Linlithgow, Scotland, following similar sightings in West Yorkshire, the US and Russia.