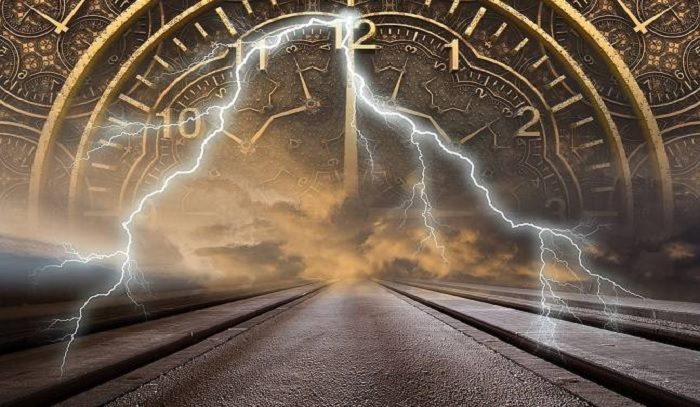 “Earth, he claims, will be invaded by hostile extraterrestrials…”

A man claiming to be from the future has already amassed over one billion views on video sharing site TikTok.

We’ve heard from a few self-professed ‘time travelers’ over the years, a trend which gained prominence in the early 2000s when a man named John Titor started to frequent online message boards claiming to be a soldier from the year 2036 who had gone back in time to warn humanity.

While Titor was later exposed as a hoax, there have been numerous copycats in the years since, usually with the alleged time traveler making similar claims about future calamities.

One of the best known current examples of this is a user on TikTok by the name of @aesthetictimewarper who, as is typical, has been warning people about the future.

One of his predictions in particular has been doing the rounds online over the last few days because it concerns something that he claims is going to happen as soon as next year.

Earth, he claims, will be invaded by hostile extraterrestrials (known as the ‘Nozic’) who will disguise their arrival as a meteor shower (for some reason.)
“There will be a very large meteor shower that lasts for two weeks, it will be seen in the Northern hemisphere, containing the Nozic Message,” he said.

“One of the meteors will seem different than all the others, that is because it is a ship landing on Earth, starting preparations for the first Nozic War.”

It’s when you look at some of the other predictions made by @aesthetictimewarper, however, that you quickly realize how unlikely it is that anything he says will actually happen.

According to one of his other predictions, for example, three teenagers will open a portal to another universe next month using an egg from a Tyrannosaurus rex.

He also claims Atlantis will be found next year (oh, and it will be inhabited by human-like fish).

Suffice to say, it’s fair to take these predictions with a very large grain of salt indeed.