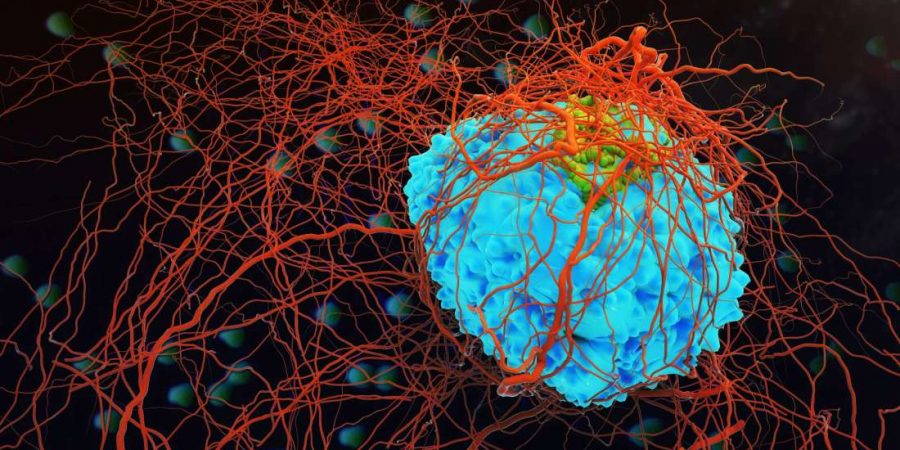 Over the past decade there has been some fantastic inventions and innovations in the fight against cancer, it is very encouraging, I hope we start putting a serious dent in this deadly foe very soon!

Scientists from China’s National Center for Nanoscience and Technology (NCNST) led the research and cooperated with scientists from Arizona State University in upgrading the design of the nanorobots. The scientific study was published in Nature Biotechnology in February.

A nanorobot refers to a designed system that can perform a specific task at nanoscale dimensions.

According to researcher Ding Baoquan, the DNA-based nanorobot has a tube-shaped structure with a diameter of about 19 nanometers and a length of about 90 nanometers.

“The nanorobot is exceptionally small and impossible to see with naked eyes. It is about 5,000 times smaller than the tip of a needle,” Ding said.

It can travel through the bloodstream searching for tumors. Once it detects a tumor, it will release its load of thrombin directly into the tumor to cut off its blood supply and “starve” the tumor to death.

As the DNA nanorobot is a natural biocompatible and biodegradable material, it is cleared out of the body after it has finished its task. 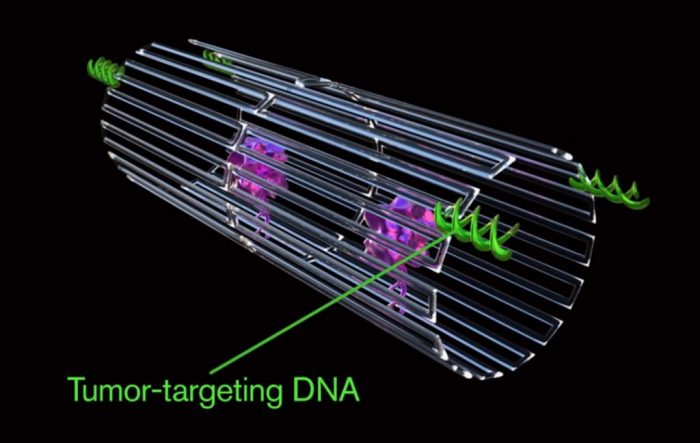 The DNA-based nanorobot has a tube-shaped structure with a diameter of about 19 nanometers and a length of about 90 nanometers. /Photo via Arizona State University

Nanotechnology has provided new opportunities for medical industry. The research was started five years ago, when NCNST researchers first looked at cutting off the tumor blood supply by using DNA-based nanocarriers.

Ding said although the concept of nanorobots for medical use has previously been introduced and experiments were conducted in test tubes, this is the first time that experiments have been completed on living organisms with sophisticated biological environments.

The research evaluated the nanorobots in mice with tumors. The DNA nanorobots were injected into mice, and the results showed significant tumor shrinkage and often, complete tumor regression, within days or weeks.

According to scientist Zhao Yuliang, the research team also conducted extensive safety studies of the nanorobots in two different mammals, including the Bama miniature pig, which is physiologically and anatomically similar to humans.

“Unlike chemotherapy and radiation, the DNA nanorobots are able to treat tumors without harming surrounding healthy tissue. The nanorobots do not accumulate in the brain and thus, do not pose the risk of causing a stroke,” Zhao said.

Nie Guangjun, also part of the research team, believes this is a milestone in cancer research, a field that has been striving for decades to develop effective therapies.

“Our research shows that DNA-based nanocarriers have been shown to be an effective and safe cancer therapy,” Nie said.

“We are currently working with a biotech firm to do pre-clinical studies and hope to translate this revolutionary technology into a viable anti-tumor therapeutic,” Nie added.