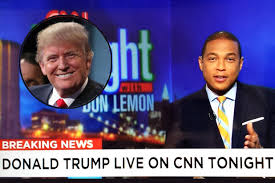 I am watching all these so called political experts on CNN and they make me laugh especially when they call Donald Trump a fascist because he wants to temporarily halt Muslim refugees from coming into the country until the government gets there act together and screen people properly so they don’t let terrorist into the country. Quite frankly I don’t see what the problem is, but it seems most or a large number of Americans agree with him.  The news papers are comparing him to Hitler, well of course they are because the newspaper are owned by the super elite and the super elite are losing control and don’t like it so they are slamming Trump as much as they can and it is backfiring.

It is obvious that terrorist have slipped through the system, just look at the recent shooting where the female was welcomed with open arms into the US then proceeded to slaughter fourteen US citizens and injure twenty one. It seems that Trump out of all the candidates has enough guts to say enough is enough and who gives a crap if it’s against what is morally correct for foreigners. Americans have the right to bare arms but they want to take that away, isn’t that against the constitution and what America stands for.  I watched the debate and all these so called presidential hopefuls, controlled idiots get crushed which is what happened as Trump is still leading.

What CNN does not realize by televising Trump so much, they are actually helping him, you could not afford to pay for that kind of air time if you had to pay for it.  I wouldn’t be at all surprised if Trump even gets CNN to pay him for the interviews.   CNN does twist what Trump says which does not surprise me because it is obvious they do not like him, I mean do you want Hillary Clinton who is a liar and not worthy to become president and commander in chief.

Take a look at the issue in Chicago where you have a police chief that did not do his job, as well as the Mayor who then blamed it all on the police chief and fired him to save his own neck, but that seems to be back firing on the mayor now and I am sure he will be ejected shortly by the people.  This is exactly how Washington behaves because all the politicians are bought and paid for by the wealthy and big business. The entire country needs an enema in regards to politicians and the way they conduct themselves by not representing the people as they should is unforgivable.

So getting back to the terror threats this next link I thought was just what we need.

I know that if someone was shooting and killing innocent people I would not hesitate to use my gun.

You may not be aware but in Canada if someone breaks into my home and has a weapon I am not allowed to shoot them otherwise I will be prosecuted, go figure but I would use it anyway and worry about the consequences later, I will do anything to protect my family.

The next link is about foreign speaking men buying up a large number of cell phones, I don’t know about you but I only need one phone.  Oh it’s ok just let these people in they have been checked.  Sure they have.

I thought that this next link sent by Abdul was unusual for this princess to be an advocate for mankind, she obviously is not part of the illuminati.