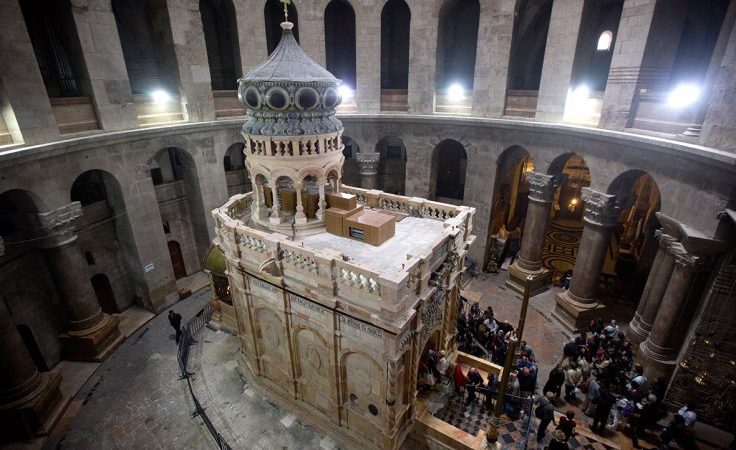 The Church of the Holy Sepulchre in Jerusalem is now thought to date back more than 1,700 years.

The tomb, which many believe to be the final resting place of Jesus himself, was previously thought to date back around 1,000 years to the time of the Crusades.

Now though, new tests carried out by researchers at the National Technical University of Athens have revealed that the Church of the Holy Sepulchre actually dates back to around 345 CE.

Although the findings do not prove that Jesus really was buried at the site, the date seems to conform to the belief that the Romans built a monument on the site around 300 years after his death under the rule of Constantine, the first Christian emperor of Rome.

“This is a very important finding because it confirms that it was, as historically evidenced, Constantine the Great responsible for cladding bedrock of the tomb of Christ with the marble slabs in the edicule,” said Antonia Moropoulou, chief scientific coordinator of the tomb’s restoration works.