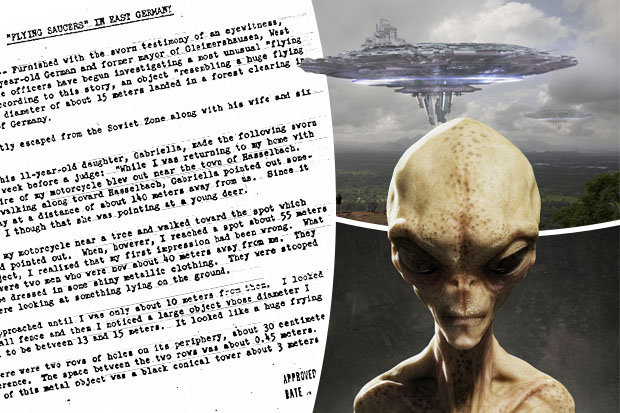 The declassified documents detail a catalogue of mysterious encounters with flying saucers and aliens.

In reports going back decades, stunned witnesses describe strange crafts moving at speed through the skies.

Others mention meetings with shadowy figures or bizarre recordings of noises in space.

And if they’re to be believed, the accounts are more incredible than the supposed alien crash at Roswell. 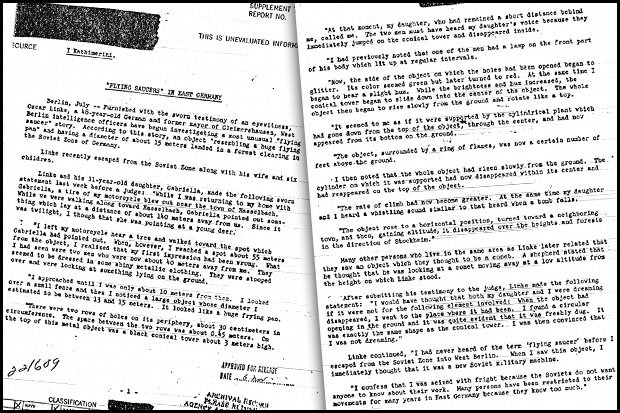 NOT OF THIS WORLD: Oskar Linke’s story about encountering a UFO was among those held by the CIA

A file from 1952 gives the sworn testimony of Oskar Linke, the former mayor of Gleimershausen in Germany.

He describes how he spotted two men in “shiny metallic clothing” – one of them with a glowing lamp on his body.

Next to them was a large object “like a huge frying pan” which – when Oskar’s daughter called out to him – they climbed into.

“The object rose to a horizontal position,” he said, “turned toward a neighbouring town, and then disappeared over the heights and forests.” 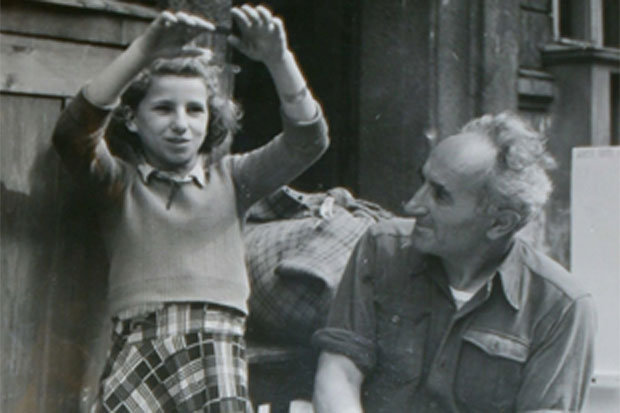 STUNNED: Oskar said it felt like he and his daughter Gabriella were dreaming

He added: “I would have thought that both my daughter and I were dreaming if it were not for the following element involved.

“When the object had disappeared, I went to the place where it had been.

“I found a circular opening in the ground and it was quite evident that it was freshly dug.”

The file notes how many others living in the same area later related to seeing a comet-like object at the time.

Another file from that year describes two “fiery disks” seen lurking over a uranium mine in what was then the Belgian Congo.

Both glided in “elegant curves” said an eyewitness, before coming to a stop mid-air and taking off in a zig-zag fashion.

Commander Pierre, who flew after them from an airfield in Elisabethville – today called Lubumbashi, sketched them.

And the airman – who is described as a “dependable officer” – predicted their speed to be approximately 900mph. 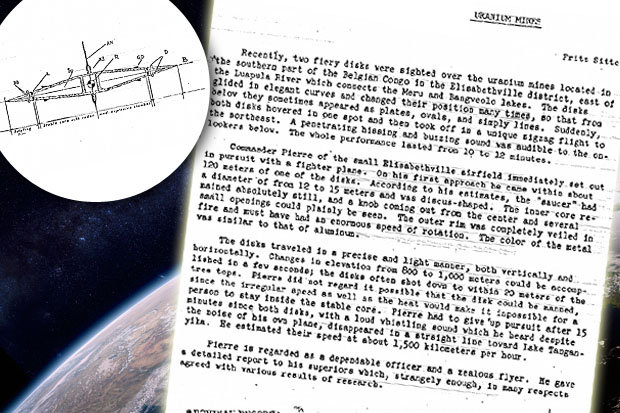 One more account from May of that year describes a strange object soaring over Barcelona emitting flashes of light.

The journalist who saw it, Valentin Garcia, said: “The newspaper office was soon flooded with telephone calls from people who had seen the object.”

Further sightings from different witnesses the following month describe similar encounters over Algiers in Tunisia, and Meknes, Taourirt and Casblanca in Morocco. 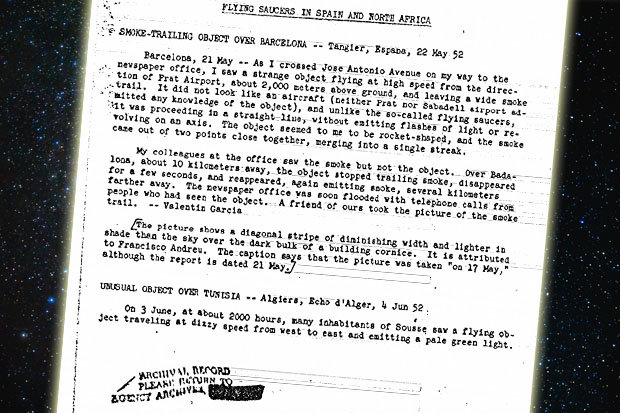 He said: “If you go through old newspapers and UFO books, you will find numerous sensational sightings of landed saucers, little men, etc.

“And none of them have ever resulted in anything beyond the original account.”