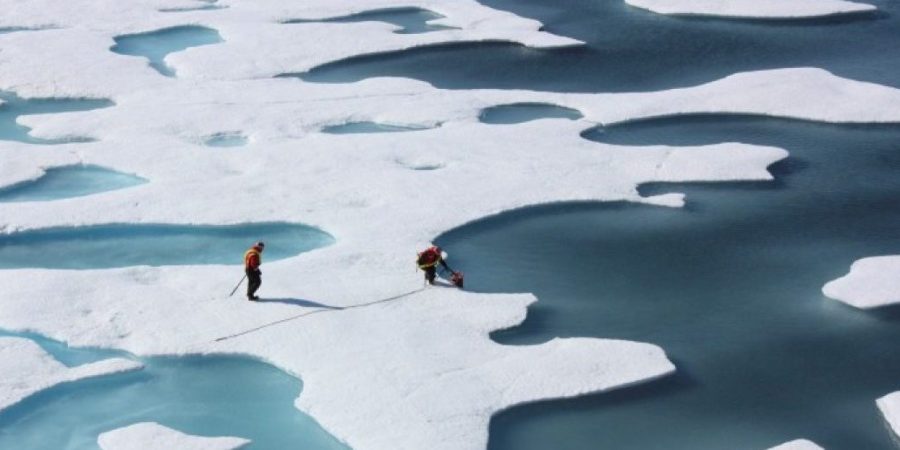 Arctic waters absorbed vast amounts of carbon dioxide from the atmosphere, creating a cooling effect that’s 230 times greater than the warming from methane emitted from underwater seeps, according to a new study.

The findings are a complete reversal of what scientists previously believed — that methane seeps in the Arctic Ocean were contributing to global warming.

“If what we observed near Svalbard occurs more broadly at similar locations around the world, it could mean that methane seeps have a net cooling effect on climate, not a warming effect as we previously thought,” John Pohlman, a U.S. Geological Survey biochemist and lead author of the study, said in a statement Monday.

If the results hold, Pohlman’s study could have big implications for how scientists calculate the global carbon “budget” and for future projections of global warming.

“This is … totally unexpected,” Brett Thornton, a Swedish geochemist who was not involved in the study, told Science Magazine.

A group of U.S., German and Norwegian scientists measured methane and carbon dioxide concentrations off Svalbard’s coast. They found 2,000 times more carbon dioxide was taken out of the atmosphere than methane escaping from underwater vents.

Methane escaping margin seeps at depths of 260 to 295 feet appeared to stimulate marine phytoplankton, which may have increased their intake of carbon dioxide. The study “suggests physical mechanisms that transport methane to the surface may also transport nutrient-enriched water that supports enhanced primary production and CO2 drawdown.”

Pohlman cautioned the “cooling effect” of the seeps may be limited to certain times of the year, but he and his team were astounded to find such low amounts of methane above the seeps.

“These areas of methane seepage may be net greenhouse gas sinks,” reads a summary of the work.

Methane is a more potent gas than carbon dioxide, and scientists have become increasingly worried about “methane bomb” from thawing permafrost and warming oceans. Methane hydrates from the ocean floor “a key cause of the global warming that led to one of the largest extinctions in the earth’s history,” Ryo Matsumoto, a University of Tokyo professor, said in 2008.

But Pohlman’s research suggests there’s a lot more to learn about methane seeps and their role in global greenhouse gas inventories.

Pohlman’s study was the first to observe this in methane-rich waters, but the implications for climate science could be big if results can be replicated at other methane seeps.

“We are looking forward to testing the hypothesis that shallow-water methane seeps are net greenhouse gas sinks in other locations,” Pohlman said.