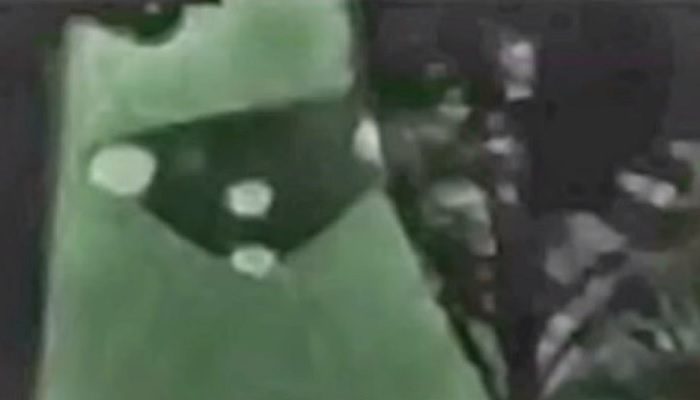 This video has been seen now around the world.

It is a supposed triangle UFO captured during a storm by an amateur videographer in the town of San Ignacio de Velasco, Bolivia.

The recording is dated from January 17 and the images were filmed in the main square of the town.

That day there was an intense electric storm with high winds.

The amateur video caught the silhouette of what was supposed to be a UFO moving through the skies.

The UFO appeared after a bright strike of lightning at which time began the cries of panicked citizens who witnessed the unknown object and reacted to the intense lightning.

The video is shown in its entirety, and at the end I have added a slo-motion close-up and an enhanced frame capture.