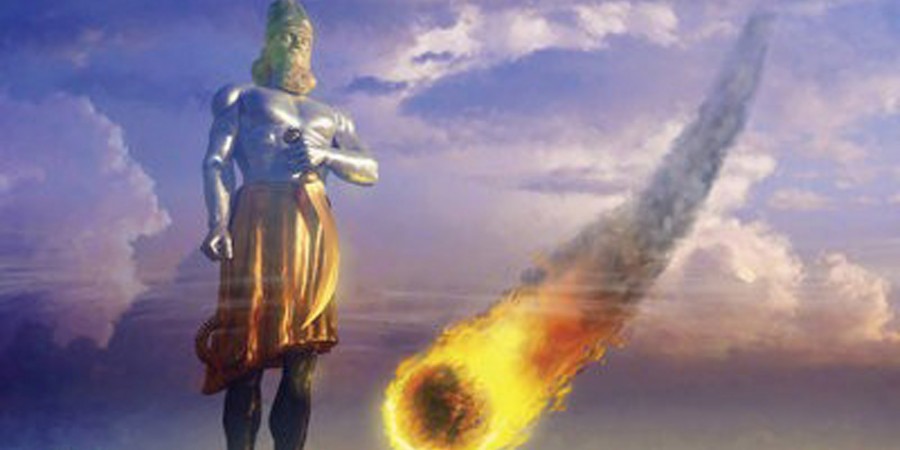 By guest writer Roger Conner – April 2016
BENDEDREALITY.COM
VIEW OTHER ARTICLES BY THIS WRITER

The biblical statement about the 70th week of Daniel is true. It will last 7 years, of which the last half – or 3 ½ years – will be the Great Tribulation.

However, the current concept that planet earth cannot be severely damaged or destroyed very soon, before 7 more years, is not accurate.

Yes, Christian believers today will depart this earth to be with our Lord and Savior Jesus Christ prior to the start of the 70th week of Daniel, but there’s a lot more to it than most people are aware.

Top Bible Scholars have, for years, pondered over the seemingly mathematical discrepancy between first Kings 6:1 and Acts 13:17-22, as there’s a 93 year discrepancy between the two calculations. All sorts of erroneous reasons have been contemplated for that discrepancy, but Sir Robert Anderson solved it in his book entitled, “The Coming Prince.” In the Book of Judges he discovered that the sum of all the years in which all 12 tribes of Israel were out of God’s favor equals exactly 93 years, which shows that God doesn’t count time when all 12 tribes are out of His favor.

This sets our current age today apart from prophecy as God’s prophetic clock stopped circa A.D. 61, which means He hasn’t counted time since then. Therefore, God will not start counting prophetic time again until our current age today has fulfilled its purpose – which could include any number of catastrophes – including destruction.

That’s because God will revert time itself back to circa A.D. 61 to pick up His prophetic storyline exactly where He left off some 2000 years ago. Numerous top Bible Scholars, including John Walvoord, of Dallas Theological Seminary, have stated that God’s prophetic clock stopped when our current age today started and that there would be a revival of the Roman Empire.

Therefore, if God takes time itself back to circa A.D. 61, then that will be before earth will have been destroyed 2000 years later and His 7 years of the 70th week of Daniel will be fulfilled on the earth as it was circa A. D. 61 – just as it would have the first time around if not for the intervention of our special age today.
The authors of this work have known this for 20 years – long before finding out about earth’s possible, eminent destruction.

Therefore, the bottom line is that earth can be destroyed at any time and it will fit exactly into the biblical scenario! Note: it will also solve the problem of revival of the Roman Empire – as the original will be there – as well as Israel’s Temple and the City of Babylon, which Rev. Clarence Larkin wrote that it had three Jewish Universities at that time and the Apostle Peter visited in 1 Peter 5:13!

It will also answer the most difficult question as to why Jesus Christ said His Generation would not pass until all He had said in Matthew 24, etc. would be fulfilled! As it turns out – He was right on!

IF YOU ENJOY THIS SITE PLEASE TELL OTHERS ABOUT US…SHARING IS CARING
HAVE A COMMENT? LEAVE YOUR COMMENT BELOW
The views expressed and information presented in this article are solely those of the writer and their sources and do not necessarily reflect the views of others at BendedReality – If you wish to repost this article please include full attribution to this site (BENDEDREALITY.COM) and the author of the article – If you are interested in being a guest writer for our site, please CONTACT US and let us know, we would be glad to consider you for a guest writing opportunity (EXPERIENCE NOT MANDATORY).