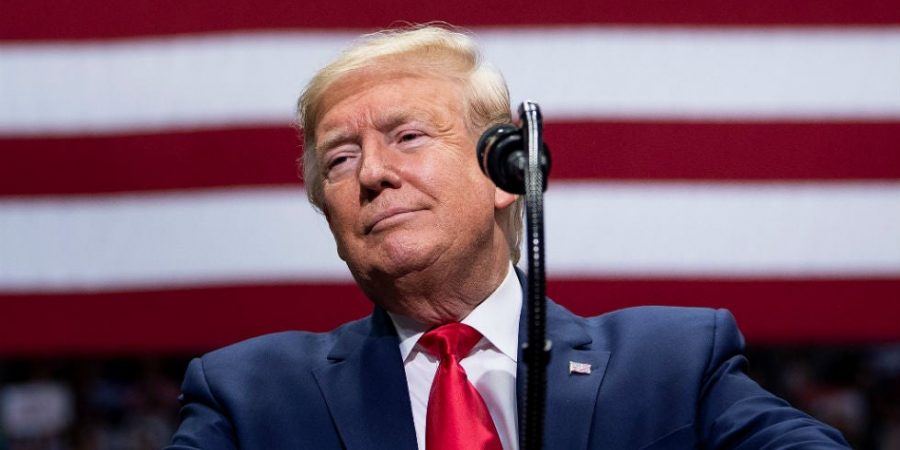 “Trump has repeatedly refused to disclose his tax returns to the public.”

Nothing to hide though 🙄

US President Donald Trump on Tuesday requested that the US Supreme Court block a lower court ruling that would have provided the Manhattan District Attorney Cyrus Vance Jr.’s office access to years of his income tax returns.

The newly filed emergency request by Trump’s lawyers is a so-called stay or suspension of a grand jury subpoena requesting the president’s tax returns. The stay is pending the filing of a writ of certiorari by Trump asking the Supreme Court to review the appeals court decision on the basis that the subpoena is “overbroad” and lacks a “good faith basis,” NBC News reported.

Trump’s lawyers have also said that the Supreme Court could treat the stay issuance as a petition for the writ and then overturn the appeals court decision after granting the writ.

Trump’s legal team has argued that a suspension is necessary because there are “intensely factual” grounds for the Supreme Court to reverse the appeals court decision.

According to Trump’s lawyers, “the subpoena was plausibly issued in bad faith if the District Attorney copied a congressional subpoena with no good-faith effort to properly tailor it to his investigative needs.”

“Even if the President’s allegations about the scope of the grand jury’s investigation could be rejected at this stage, the President still plausibly alleges overbreadth and bad faith, given the subpoena’s limitless reach and the District Attorney’s shifting rationales for issuing it,” they added.

However, Vance could obtain the requested documents, which include eight years of tax returns for an investigation into hush money payments and other transactions, if the Supreme Court denies the stay. The investigation was launched after it was revealed that Trump’s former lawyer Michael Cohen paid adult film star Stormy Daniels $130,000 to not reveal her alleged 2006 affair with Trump.

In 2018, Cohen pleaded guilty to eight federal crimes, including campaign finance violations. During his admissions in court, Cohen said that the Trump Organization occasionally lied about its finances to evade taxes or obtain favorable loan terms, and that hush money payments made to Daniels and Karen McDougal, a former Playboy model who also claims to have had an affair with the president, were coordinated by Trump to influence the election, Vox reported.

Last summer, the Supreme Court rejected Trump’s argument that his records from the Mazars USA accounting firm should not be released because of his presidential status. However, the high court did say that Trump could make arguments against the subpoena before a federal district court in Manhattan, CNBC reported.

Trump has repeatedly refused to disclose his tax returns to the public.

The New York Times published an article last month revealing that the president paid only $750 in federal income taxes in 2016 and 2017 and did not pay any income taxes in 10 of the preceding 15 years. The article was based on more than two decades’ worth of tax-return data related to Trump and the Trump Organization.