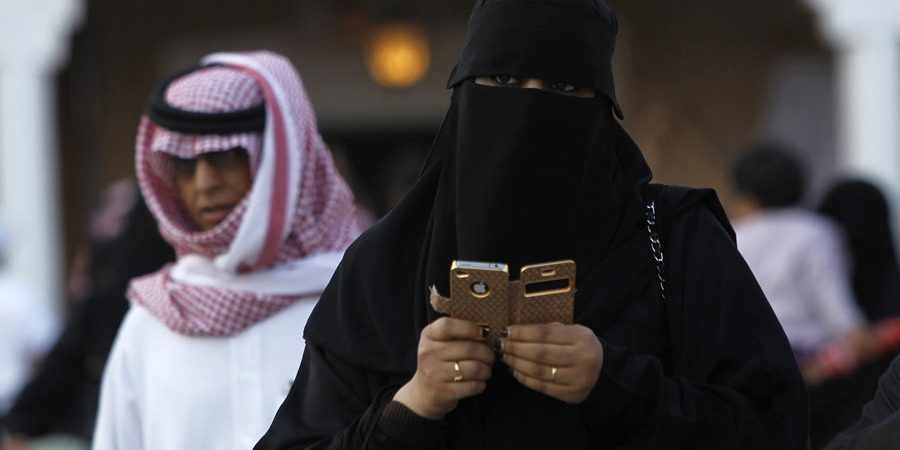 It’s hard to fully capture the irony — not to mention sheer repulsiveness — of Donald Trump’s decision to make Saudi Arabia the first stop on his inaugural foreign trip as US president.

In early 2016, he asked the hosts on Fox & Friends: “Who blew up the World Trade Center? It wasn’t the Iraqis, it was Saudi — take a look at Saudi Arabia, open the documents.”

When his main rival for president, Hillary Clinton, was accepting Saudi donations to her controversial charitable foundation, Trump had some more choice words. In a Facebook post he wrote: “Saudi Arabia and many of the countries that gave vast amounts of money to the Clinton Foundation want women as slaves and to kill gays. Hillary must return all money from such countries!”

Trump’s righteous indignation and anger towards the Saudis dissipated almost immediately, however, upon taking office. This has been much to the delight of Washington neocons who have been eager to see more aggressive US policy toward Iran, Riyadh’s top regional foe.

As for all that money Clinton accepted? Well, Saudi cash is just fine if it lines the pockets of arms manufacturers Lockheed, Raytheon and BAE Systems. To quote Voltaire: When it comes to money, everyone is of the same religion.

Arms deals and Yemen slaughter
The day after news broke of Trump’s impending visit to Riyadh, Reuters published an exclusive: Saudi Arabia, US in talks on billions in arms sales. This is not particularly surprising, nor is it unique to Trump. Barack Obama’s administration had already offered Riyadh more than $100 billion worth of weapons.

Trump is, however, intent on reinforcing US ties with the Saudi kingdom in an effort to improve relations that had soured under Obama, due in part to the signing of the Iran nuclear deal. Of course, improving ties and trust will mean increased American support for Saudi Arabia’s indiscriminate bombing campaign in Yemen.

The US has been the top military supplier to Saudi Arabia as it relentlessly bombs Iran-backed Houthis in Yemen, killing thousands of civilians and causing what the UN calls one of the worst humanitarian crises on earth.

Now, as the Saudis gear up to take the Houthi-controlled port of Hodeidah – which takes in the majority of Yemen’s inbound trade – human rights organizations say this could trigger catastrophic famine. Nonetheless, Trump’s administration is mulling even greater direct military support for the Saudi incursion into the country.

It’s clear that babies starving to death in Yemen hasn’t had quite the same emotional effect on Trump as Syrian babies had when he needed a good excuse to bomb a Syrian air field based on inconclusive and flimsy evidence that American foe Bashar Assad had carried out a chemical attack on its citizens.

Coverage of the Saudi incursion into Yemen and the resulting humanitarian crisis has received little attention in Western media in comparison to the war in Syria. The reason is simple: If American enemies can’t be blamed, the story invariably receives less coverage. American allies get a free pass to conduct any kind of barbarity, so long as it aligns with US foreign policy interests. Trump has made that abundantly clear in choosing to head to Saudi Arabia before paying a visit to any other US allies.

Combating ‘religious extremism’
Perhaps the most ironic thing in all this is that Trump expects Americans to believe that partnering with Saudi Arabia is the best way to combat terrorism and Islamic extremism.

While in Riyadh, the American president will attend a gathering on the “threats of religious extremism.” Will he not spare a moment during his time in the Saudi capital to have a look around him? Maybe he will pop into a local Starbucks and note the gender wall separating men from women?

In Saudi Arabia, women are not permitted to drive. Nor can they marry, go to school or open a bank account without a male guardian. They cannot even leave the house, in fact, without a male guardian. If a woman commits adultery, she can be stoned to death, while her male partner could receive a paltry 100 lashes. In 2007, a female gang-rape victim received a six-month prison sentence and 200 lashes — her crime being that she was in the presence of a male who was not her family member. In 2016, the UN called on Riyadh to reverse laws that allowed for the stoning, amputation, flogging and execution of children.

Trump has many times criticized the barbaric practice of beheading. Will someone tell him that in 2016, beheadings in Saudi Arabia reached their highest level in two decades?

These barbarities are carried out in the name of religion, but Trump, ever the crusader against Islamic extremism, doesn’t seem to care anymore. He will no doubt turn a blind eye to Riyadh’s own very real role in funding and fomenting of terrorism and Islamic extremism, as a “byproduct of the kingdom’s religiopolitical policies to promote its Wahhabi-Salafi creed.” ISIS itself is a by-product of the Wahhabist ideology promoted by Riyadh.

The reality is, none of this is really about countering extremism. The US frequently partners with extremists to achieve its foreign policy objectives or to make money off regional conflicts. This is about making money and keeping Tehran in its place.

In any sane world, we would care more about the fact that Saudi Arabia executes children than the fact that weapons manufacturers can earn billions of dollars from them in arms deals. In this world, however, we elect Saudi Arabia to the UN women’s rights commission — and manage to do so with a straight face.

Trump’s recent predecessors all chose to visit neighboring Canada or Mexico on their first foreign trips. His decision to visit Saudi Arabia before any other nation speaks volumes.

Of course, the message Trump’s decision sends, and whether it is a good one or not, depends on who you are. If you are an American neocon gearing for a fight with Iran and supportive of Al Qaeda-affiliated jihadist rebels in Syria, you’ll no doubt be delighted by the reinvigorated US-Saudi alliance.

If you care at all about children starving to death and selling billions of dollars worth of deadly weapons to one of the most brutal and repressive regimes on earth, the only message Trump’s visit to Riyadh will send is that barbaric contempt for basic human rights is tolerable so long as you serve Washington’s financial and military interests.

So, maybe it’s America First after all. Just perhaps not in the way many of Trump’s supporters envisioned it.

The statements, views and opinions expressed in this column are solely those of the author and do not necessarily represent those of RT.