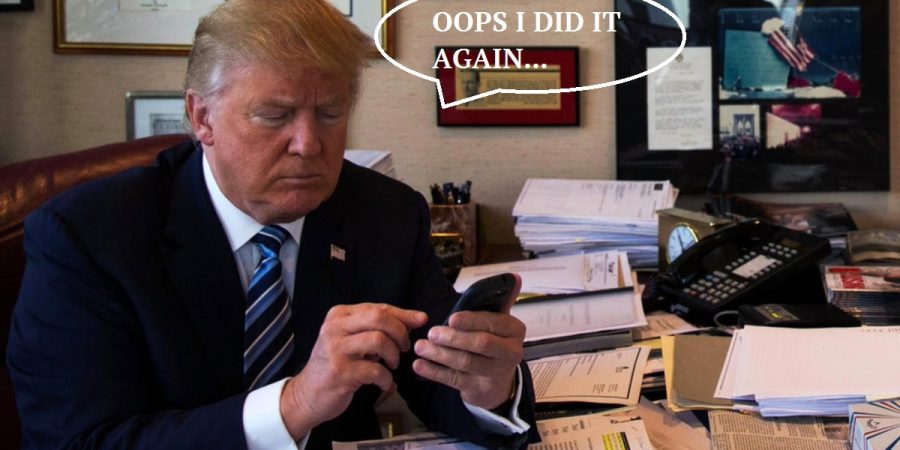 Interesting, it is Trump himself who said that Attorney General Jeff Sessions needed to crackdown on the ‘leakers’ and now he does the leaking of classified information.

In one of US President Donald Trump’s three retweets of @FoxandFriends as of early Tuesday afternoon, the president helped spread leaked intelligence about North Korea’s cruise missiles.

​The information included in Trump’s tweet is “classified,” US Ambassador to the United Nations Nikki Haley told the “Fox & Friends” TV program on Tuesday morning. “If that’s in the newspaper, that’s a shame,” Haley said of the story.

US Attorney General Jeff Sessions said “I have a message for leakers [in the intelligence community]: Don’t do it,” as he announced a Justice Department crackdown on leaking and whistleblowing.

Trump praised the AG he once described as “beleaguered,” saying on August 6, “After many years of LEAKS going on in Washington, it is great to see the AG taking action!”

After many years of LEAKS going on in Washington, it is great to see the A.G. taking action! For National Security, the tougher the better!

Perhaps Sessions will ask the president why he helped spread the “the culture of leaking” on Tuesday.

Unnamed officials told Fox News’ Lucas Tomlinson, “North Korea is not showing any evidence it plans to halt its missile tests,” adding, “it’s a trend that does not bode well for hopes of de-escalating tensions on the [Korean] peninsula.”

The US Navy may send the aircraft carriers USS Reagan and USS Nimitz to the Korean Peninsula for forward deployment in mid-August, Sputnik reported August 3, riling not only Pyongyang. US “military buildup in the area of the Korean Peninsula” is unacceptable, Russian Foreign Minister Sergey Lavrov said following a bilateral meeting with his US counterpart in Manila over the weekend.