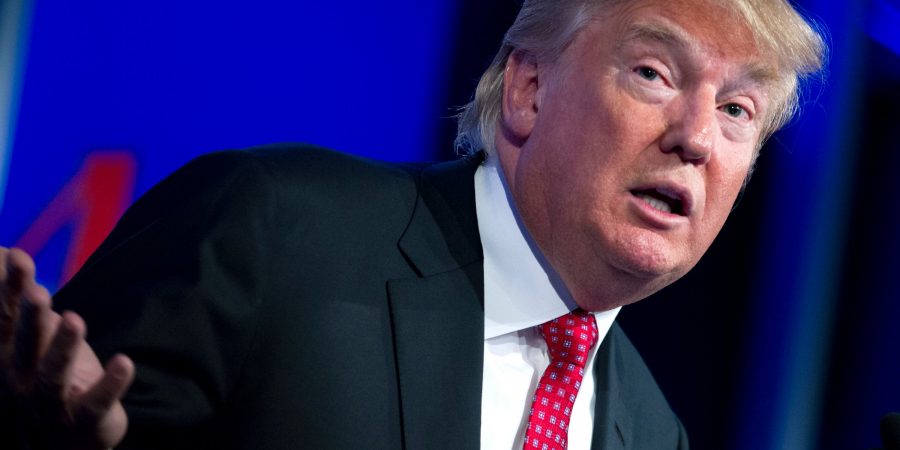 Assistant editor Casey Jones’ comment: The gravity of his new job appears to be setting in, he has taken on somewhat more of a deer in headlights look more often now rather than the normal ready to bully/insult someone look. And now he almost seems to regret everything he’s said about Hillary Clinton or as he often put it “Crooked Hillary”, but then again that may all be for show and for the convenience of his current title/role or perhaps an attempt to try and reduce the anger seen in in the mass protests across the U.S. I do hope in the end he can keep all the promises he has made and not become part of “the swamp” that needs to be drained.

Oh and if all of that wasn’t surprising enough, he is also shifting his stance on Obamacare, I hope next we won’t hear he’s cozying up to the “special interest” in Washington as he would so often put it during his campaign, because that would come as an ABSOLUTE SHOCK (hope the sarcasm wasn’t lost).

Trump immortalized the “Crooked Hillary” moniker he used to describe his Democratic opponent over more than a year of campaigning. He now says Clinton is a “very strong and very smart” woman.

Trump made the comments during an interview with CBS’ “60 Minutes,” set to air Sunday. He talked about the concession phone call he received from Clinton in the early hours of Wednesday morning, after it became clear that he would win the White House:

“It was a lovely call and it was a tough call for her,” Trump said. “She couldn’t have been nicer. She just said, ‘Congratulations, Donald. Well done.'”

During a heated election campaign, Trump tried several nicknames for Clinton, including “Heartless Hillary,” “Unstable Hillary Clinton,” and “Lyin’ Hillary.”At the end of the final debate in October, Trump said Clinton was “such a nasty woman.”

The real-estate mogul had glowing praise for former president Bill Clinton, also, saying “He couldn’t have been more gracious,” in a phone call the two men had after Trump won. The Trump campaign targeted Bill at the height of the election — serving up decades-old sexual misconduct allegations against him to damage Hillary.

After his conversation with the former president, Trump called him “Very, very, really very nice.”

Since the election, Trump appeared to be polishing up his image. After tweeting on Thursday that the thousands of anti-Trump protesters demonstrating nationwide were professionals “incited by the media,” he followed that up hours later in another tweet: “Love the fact that the small groups of protesters last night have passion for our great country.”

Supporters may not be pleased with all of the changes, however. Appearing to defy one campaign goal to “drain the swamp” in Washington, Trump stacked his White House transition team with Washington lobbyists and insiders.

Watch a portion of the interview below: