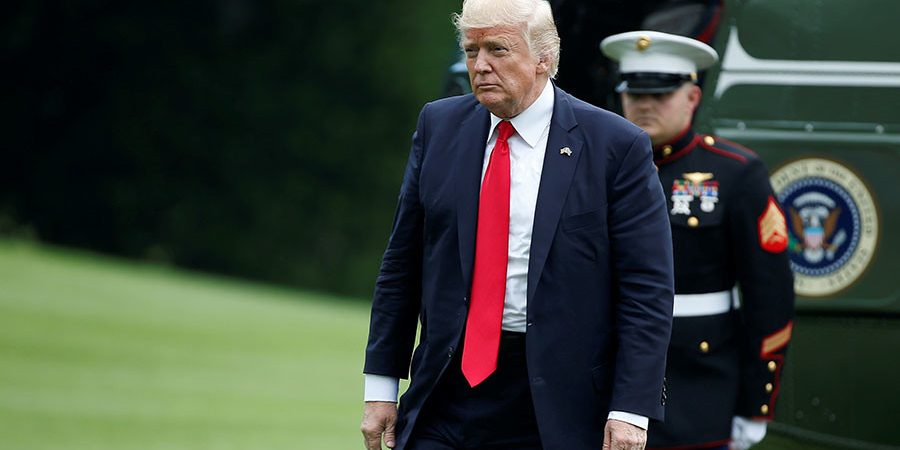 President Donald Trump reported at least $585,581,420 in income and employment assets in financial disclosure forms released Friday evening. Included was about $57 million from both the Trump International Hotel in Washington, DC, and his Mar-a-Lago estate in Palm Beach, Florida.

In the filing, Trump reported at least $6,255,600 in other assets and income, which includes real estate and growth funds for Barron, checking and savings accounts, stocks, and more.

In addition to the $19.7 million from the Trump Hotel in DC, which opened in September 2016, Trump also reported $37.2 million in income from his private resort in Florida, Mar-a-Lago. The Mar-a-Lago figure is up from $29.8 million in his 2015 disclosure.

Critics have pointed to Trump’s hotel in DC as a conflict of interest, and he has been sued twice for violations of the Emoluments Clause of the US Constitution over the hotel.

He reported nearly $11 million in revenue for the Miss Universe Pageant.

Trump also reported a total of $288 million in income from his golf courses alone last year.

First Lady Melania Trump, however, did not earn an income from the five different companies she’s associated with.

Trump's isn't beholden to the Russians. He's indebted to the Germans. He owes Deutsche Bank at least $130m. Wonder if Merkel mentioned it. pic.twitter.com/mmne0MyWi9

Trump reported over $80,000 in pension from the Screen Actor’s Guild.

Between $100,000 and $1 million was earned in royalties for his book, The Art of the Deal. In total, the president reported up to $7 million in book royalties, including up to five million from his book, Great Again: How to Fix Our Crippled America.

Five liabilities valued above $50 million each, including at least $130 million to Deutsche Bank, were disclosed. In total, Trump reported about $315 million in liabilities, around the same as last year.

The filings reflect the president’s investments, assets, income, liabilities and other holdings from January 2016 to April 2017. It is not the same as a tax return, which would show more detailed financial information and his business dealings.

The report shows Trump resigned from more than 500 positions, mostly just before his inauguration in January.

The Office of Government Ethics released the 98-page document.