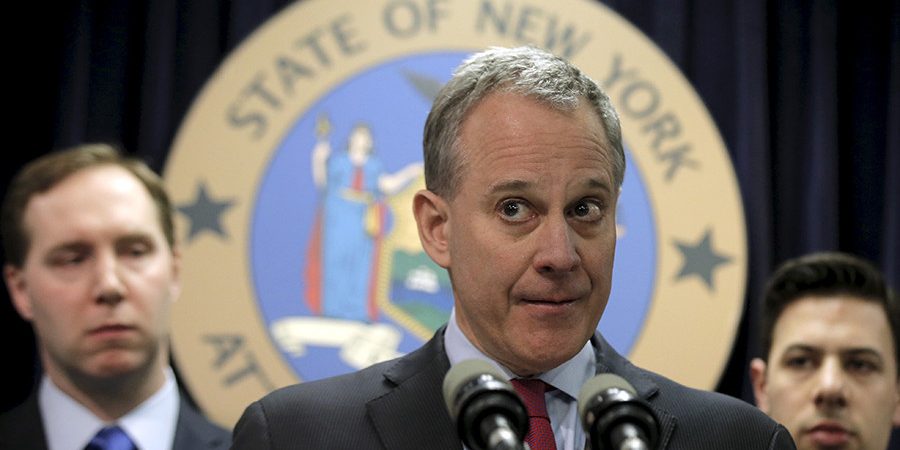 President-elect Donald Trump has reached a settlement agreement with the state of New York in the Trump University lawsuit, New York Attorney General Eric Schneiderman has announced. Plaintiffs will receive restitution from the $25 million payout.

The settlement is a “major victory” for the more than 6,000 victims of Trump’s “fraudulent university,” Schneiderman said in a statement.

As part of the settlement that ends three outstanding lawsuits against Trump, every victim will receive restitution, and the president-elect will pay the state of New York up to $1 million in penalties “for violating state education laws,” Schneiderman said.It wasn’t clear whether Trump admitted any wrongdoing.

The settlement reportedly covers all three lawsuits against Trump University: two class-action suits in California and the case brought by Schneiderman, a source told Reuters. There was some overlap between the New York and California cases.

During the campaign, Trump frequently vowed not to settle the case.

Trump University has a 98% approval rating. I could have settled but won't out of principle!

Schneiderman has repeatedly gone after Trump since he became the New York attorney general. On top of the Trump University case, he also issued a cease and desist letter to the Donald J. Trump Foundation at the beginning of October, claiming the charity was in violation of state registration rules.

Trump University charged up $35,000 for real-estate mentorship programs, and the instructors were advertised as being “hand-picked.” However, students claimed that the program failed to live up to its promises, and accused accused the billionaire businessman of defrauding them in their class-action lawsuit.

The $25 million settlement is just over half of what Schneiderman initially sought; in 2013, he sued Trump University for $40 million, claiming illegalities.

Trump has publicly labeled the New York attorney general as a “hack” and “a total lightweight.”

Schneiderman previously slammed the real estate seminars, calling them a “fraud from beginning to end” and suggested that “the initial estimates are that [Trump] personally pocketed $5 million from” the venture.

“Using false promises to prey on desperate people has long been a hallmark of ‘snake-oil salesmen,’” Schneiderman said this past July. “A lawsuit by my office alleges that Donald Trump was basically doing the same thing with Trump University.”

Trump argued during the presidential campaign that “98 percent” of former students gave the program high marks.

The settlement will allow Trump “to devote his full attention to the important issues facing our great nation,” a spokesperson for the Trump Organization said in a statement, noting that “we have no doubt that Trump University would have prevailed at trial.”

The lawsuit also garnered interest during the campaign because Trump called for Judge Gonzalo Curiel, who is of Mexican descent, to recuse himself from the case because of bias, Trump said, claiming the judge could not be impartial because of Trump’s remarks about building a wall between the United States and Mexico.

It is unusual for Trump to settle lawsuits: Of the cases that led to a clear resolution, Trump won 451 and lost 38. In another 500 cases, judges dismissed the claims against the real-estate tycoon. “I don’t settle lawsuits — very rare — because once you settle lawsuits, everybody sues you,” Trump has said publicly.

Editor’s Comment: I dunno, it might just be me, but IF I was so sure and confident that I would win in a trial why would I settle, JUST SAYING 🙂