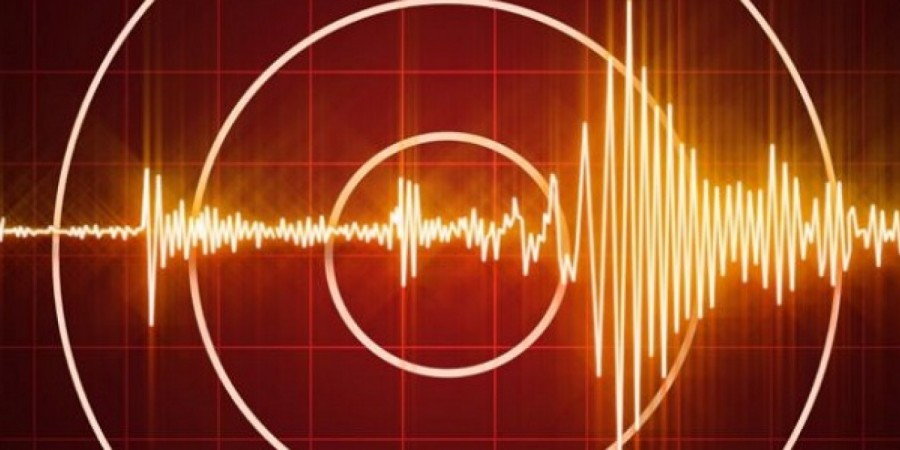 Editor’s Comment: Could this quake have any relation to the current closeness of the moon? Record-Breaking Supermoon To Be Witnessed – The Biggest in Nearly 70 Years

During the last ‘supermoon’ in October this year you’ll note in that in the article I mention to “be on alert for possible large quakes during this November ‘supermoon’ ” and looks like I was on the ball and called it right! Here’s the October quake I mentioned: Super Moon Does it Again, 6.9 Magnitude Earthquake Has Struck Off the Coast of Papua New Guinea. 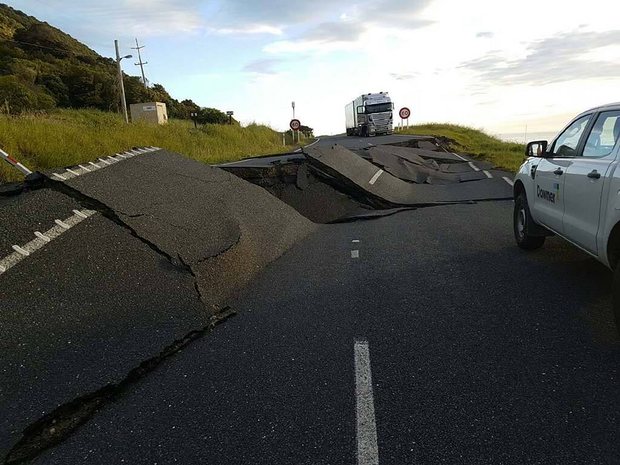 UPDATE: At the time of this update 11pm EST there are reports of 2 deaths from this 7.8 quake. And numerous aftershocks as large as magnitude 6.2 continue to hit.

An earthquake with a magnitude of 7.8 struck central New Zealand just after midnight, the U.S. Geological Survey said, causing widespread damage and generating a tsunami.

New Zealand’s Ministry of Civil Defence and Emergency Management warned of the risk of destructive waves along the country’s entire east coast and urged residents in low-lying areas to evacuate and seek higher ground.

Waves of up to two metres (6 feet) could be possible for up to two hours, it said.

Anna Kaiser, a seismologist at GNS Science said a tidal signal or surge of up to one metre (3 feet) had been recorded in North Canterbury region of the South Island.

New Zealand’s Geonet revised up its estimated magnitude of the quake to 7.5, from 6.6 earlier.

A 6.3 quake there in February 2011 killed 185 people and caused widespread damage.

The tremor was felt throughout most of New Zealand. Some injuries had been reported but there no immediate reports of deaths.

“The whole house rolled like a serpent and some things smashed, the power went out,” a woman, who gave her name as Elizabeth, told Radio New Zealand from her home in Takaka, near the top of the South Island.

Chris Hill, a fire officer in Cheviot, a coastal town near the quake’s epicentre, said officials had gone door to door evacuating residents.

“Everyone seems OK here,” he told RNZ. “There’s a lot of debris in houses, but at this stage it doesn’t look like anything too bad has happened.”

Residents in Wellington said glass had fallen from buildings into the streets and hotels and apartment buildings had been evacuated.

Richard Maclean, a spokesman for the Wellington City Council, said residents had been evacuating the city’s southern coastal suburbs due to the tsunami threat and there had been reports of structural damage to several buildings.

“We’ve got reports of broken water pipes and lots and lots of things off desks and shelves,” he told RNZ.

Several roads around the South Island had been closed and damage to power and phone networks was reported.

A series of aftershocks were recorded around the country, some as strong as 6.1 magnitude.

“The first tsunami waves have arrived but it is too early to know what damage or casualties there may have been. Further waves should be expected and may be larger or more dangerous,” the MCDEM said, commenting on initial tsunami reports.

WeatherWatch.co.nz reports that a “sizeable tsunami wave of around 2 meters” has been recorded in Kaikoura.

“Now much smaller, but still very dangerous, tsunami waves are showing up in [the cities of] Wellington, Castlepoint,” the website added.

In Wellington, 214km from the quake’s epicenter, some windows and chimneys were smashed and the power was knocked out in several places, AP reported.

According to Wayne Timmo, a resident of the town of Hamilton, the quake felt like a “long slow, rolling or almost rotating motion.”

(this video shows multiple angles, scary the force of the quake as it causes the vehicles to ‘hop’)

(this video has 2 different scenes)