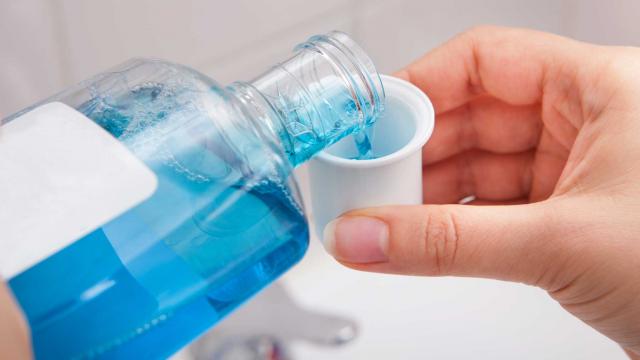 But don’t even think about using it down there.

Nearly 140 years after Listerine first made the claim that its product can kill the bacteria that cause gonorrhoea, new research has finally backed that up with independent tests.

That might not sound too surprising, seeing as mouthwash is supposed to kill bacteria, but according to the study’s authors, no one had ever bothered to scientifically test Listerine’s gonorrhoea claims from 1879 until now.

With gonorrhoea on the rise, both in the US and elsewhere in the world, and antibiotic resistance becoming a huge problem, now seemed like as good a time as any to check.

Gonorrhoea is caused by the bacterium Neisseria gonorrhoeae.

Ten percent of males and 80 percent of females who are infected show no symptoms, but men with gonorrhoea have an increased risk of prostate cancer, and women can develop pelvic inflammatory disease if left untreated.

Researchers from Monash University in Australia decided to specifically investigate men who have sex with men (MSM), as about 70 percent of male cases of gonorrhoea in Australia are occurring in that demographic.

“If Listerine has an inhibitory effect against N. gonorrhoeae in the [throat], it could be a cheap, easy to use and potentially effective intervention for gonorrhoeae prevention and control in MSM,” they report.

They first looked at Listerine’s effect on N. gonorrhoeae in a petri dish (also called in vitro) – and the results were promising.

“[B]oth Listerine Total Care and Cool Mint were found to significantly inhibit the growth of the tested strain of N. gonorrhoeae at dilutions of 1:2 and 1:4,” the team reports.

They also looked at mouthwash’s capabilities to kill N. gonorrhoeae in human mouths.

Gonorrhoea is a sexually transmitted infection, so it usually affects a person’s genitals, but the bacteria can still end up in the mouth and throat – sometimes causing oral gonorrhoea. We’ll let you guess how.

The day of the experiment, 58 of the 196 men tested positive to N. gonorrhoeae at one of two sites in the mouth.

The Listerine wasn’t perfect – it was less effective in the back of the throat than towards the mouth, and it also didn’t remove N. gonorrhoeae in all mouths – but a 1-minute gargle removed it in just under half the participants.

“It may be that more mouthwash reaches the [tonsils] than the [back of the throat] during use and highlight[s] the need to gargle and not just rinse,” the researchers wrote.

It’s important to note that the researchers aren’t looking to make a Listerine derivative to treat your junk – seeing as N. gonorrhoeae can be spread through oral contact, they’re looking at Listerine’s properties to help them find a quick, cheap, and easy way to treat to limit oral infections.

Some researchers suspect that preventing the spread of N. gonorrhoeae with a condom is impossible, due to the bacteria’s ability to colonise the throat – which why it’s so important that we find an effective way to minimise the spread through oral contact.

The researchers note that their study only included a small, and not very diverse, sample, and only tracked the participants over a short period of time.

They’re now investigating whether mouthwash will be more effective when used daily over a longer period.

“If daily use of mouthwash was shown to reduce the duration of untreated infection and/or reduce the probability of acquisition of N. gonorrhoeae then this readily available, condomless and low-cost intervention may have very significant public health implications in the control of gonorrhoeae,” the researchers conclude.

Until then, it’s still a good idea to go to your doctor if you think you might have an infection, but gargling mouthwash on the side probably won’t hurt.

Just don’t try to use it elsewhere, because that would be painful.

The research was published in Sexually Transmitted Infections.