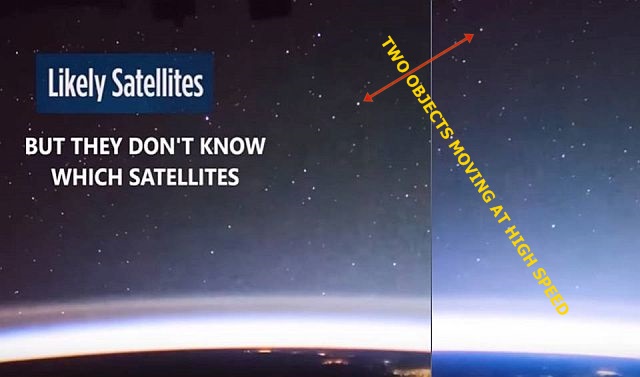 The video filmed by Pesquet was initially intended to record an electrical storm near the horizon, just above western US. But he did not only record the electrical storm but also two unidentified objects moving at high speed above the Earth.

The objects are consistent with intact objects, and were most likely satellites in operation however scientists from the ESA Space Debris Bureau were unable to confirm which satellites were captured in the video…If the objects were satellites at all.