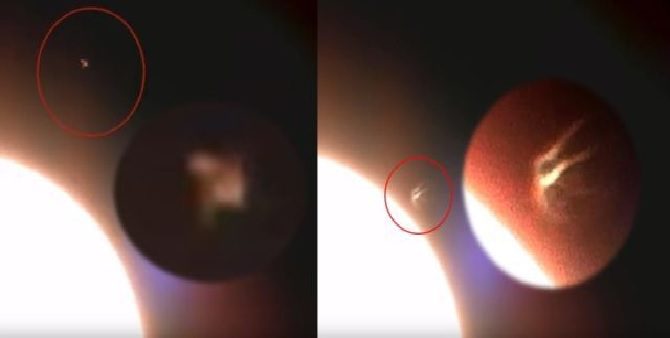 Two huge flying objects caught on camera by Linda Miller while they were in the vicinity of the sun were posted to her YouTube Channel (July 11, 2019).

“I just shot this tonight, I still have footage to look over, but, when I saw this, I had to put it up for you to see. What the heck?”

The first object in the video does not appear to be a natural object such as an asteroid but looks more like an artificial object (UFO), be it alien or man made. The second object does seem to be natural in appearance, resembling a space rock such as an asteroid, however both are seen leaving the sun at what looks to be extreme speeds.