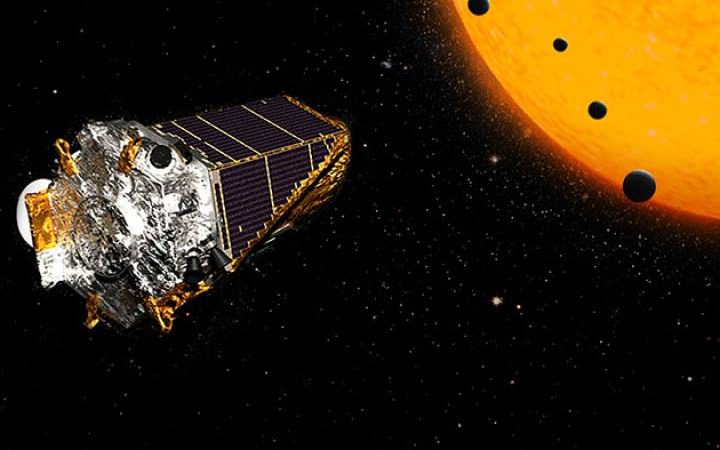 Using NASA’s Kepler Space Telescope, astronomers have found more than 100 exoplanets — planets orbiting other stars — and four possibly rocky planets, two of which may be capable of supporting life.

The international team found 197 planet candidates, with 104 being confirmed as exoplanets.

One method of discovering exoplanets is to measure light emitted from stars. A minute dimming of a star could mean that a planet is orbiting it, blocking out some of the light as it crosses, or transits, the star.

Using this method, astronomers found four planets orbiting a dim star called K2-72 that lies 181 light-years away within the constellation of Aquarius. The star is less than half the size of our own sun.

The four planets are between 20 to 50 per cent larger than Earth and have orbital periods between five-and-a-half to 24 days. Two of the planets, however, could be potentially habitable.

When assessing the likelihood of a planet being suitable for life, astronomers consider the “habitable zone.” That is the region around the star where a planet can reside and still have liquid water, something that is necessary for life as we know it. But as K2-72 is much dimmer than our own sun (it is a red dwarf star) its habitable zone is much closer to the star than ours is.

The discoveries were published in the Astrophysical Journal Supplement Series.