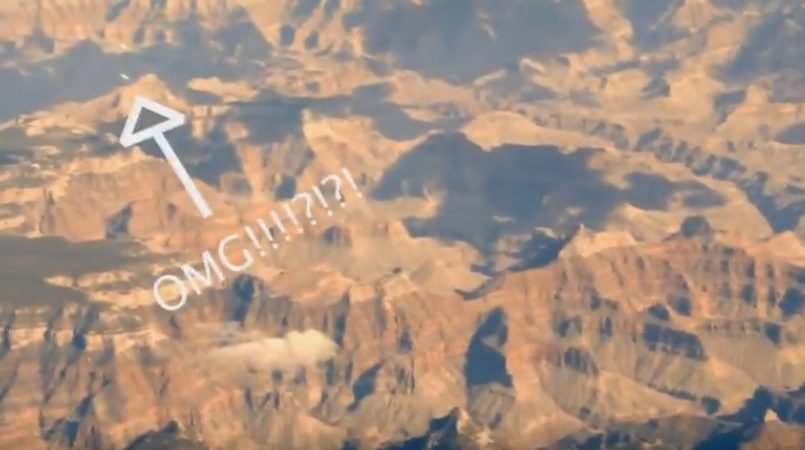 Two blobs, spotted high over the horizon above the iconic US national park, were found to be travelling together, offering a bizarre and highly intriguing sight.

A video has emerged showing not only a panoramic view of the Grand Canyon National Park in Arizona, a sight in and of itself, but also a pair of objects that come into the spotlight once the camera focuses on the canyon’s far left side. The duo seems to be well-coordinated and functioning in tandem as they are seen moving around above the landmark site.

First uploaded by YouTube user Mike Wagner, the footage was later posted to conspiracy channel The Hidden Underbelly, under the suggestive caption: “Two UFOs captured lying in tandem over the Grand Canyon in Arizona”, prompting a vivid discussion below the post.

“Awesome”, one remarked, just below another commenter’s assumption it could be alien ships.

A different YouTuber made up her mind to share a similar experience at the same location:

“I was watching my latest vlog (also in Arizona) and caught something that looked like it was cigar-shaped too”, she wrote, with another butting in with an evaluative comment:

“Those 2 UFOs flying in tandem over the Grand Canyon seem nice”.

“Two out of focus white blobs. MUST BE ALIENS!!! Dimwit!!!” a different user remarked, somewhat mocking the verdict of others as to the nature of the objects.

Theories and interpretations of potential UFO landings and alien reconnaissance vehicles have never ceased. Last week, a UFO conspiracy theorist claimed that NASA’s robotic Reconnaissance Orbiter (LRO) accidentally took a picture of a massive, dome-like vessel hovering just above a crater on the lunar terrain, as if purposefully parked there.

The enthusiast made use of LRO imaging that came in handy as he tried to arrive at an estimate of the size of the hovering body, coming to believe the highly reflective object was roughly 1,000 feet long.