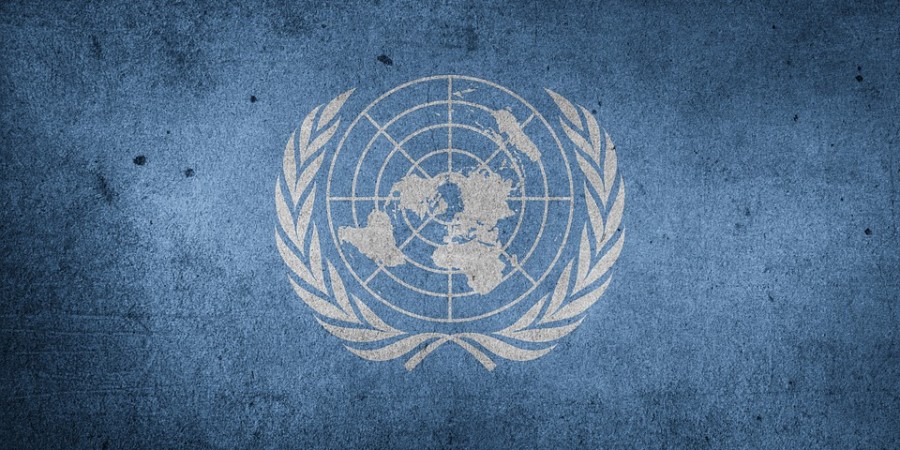 In the midst of reports circulating around an uptick in U.S. military movement inside the United States, a recent sighting of U.N. vehicles being carried on flatbed trucks is now making its rounds on the Internet and alternative media networks.

The U.N. vehicles were spotted near I-81 near Lexington, VA and were being carried by flatbed, two to a trailer.

Not much information exists beyond the sighting, except to say that there have been numerous reports of an increase in military movement in the NC, VA, West VA, and Ohio region. 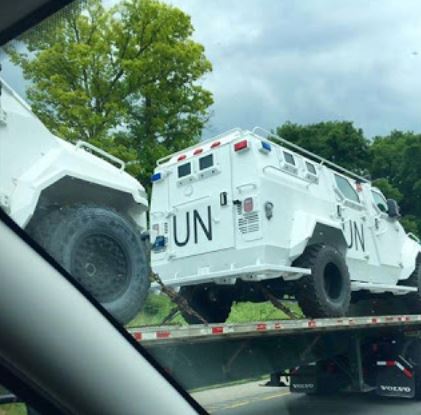 For the past day or so, military convoys have been witnessed traveling both North and South, with lines of equipment ranging from Humvees, troop transport trucks, and tankers to military personnel following the convoy in civilian vehicles. Interestingly enough, many of the soldiers traveling in the convoy were seen wearing helmets, an unusual procedure for a simple convoy. In addition, the convoys were carrying what appeared to be construction equipment.

Although the troop movement may indeed have been a routine convoy and the United Nations vehicles may also have been a routine shipment from a manufacturing facility or even a simple and benign transport, the controversy brewing in the United States elections and the potential for civil unrest, the dangers of economic collapse, and the potential conflict with Russia are all potentials for use of United Nations “peace keepers” inside the United States as many have posited in the past as well as for some type of “martial law” scenario.

The fact that the sightings of the new military movements carrying construction equipment are taking place at the same time that U.N. vehicles are being sighted in the same vicinity have many wondering whether or not the U.S. military is working with the U.N. in setting up some type of field base. Others, however, are taking a more relaxed view pointing to the regularity of military convoys and the need to transport new U.N. vehicles in some way or other.

If you have any other information regarding the mysterious troop movements seen in the South and Midwest or the U.N. vehicles and their destinations or purpose, please feel free to post in the comments below.