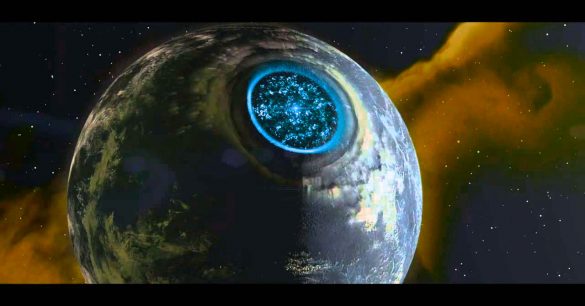 For decades now, rumors have circulated about secret military projects to harness the Earth’s forces for use in warfare.

Several top secret projects, such as the High Frequency Active Auroral Research Program, or HAARP, have conducted research into possible roles the Earth’s atmosphere might play in communications or weapons development. While the U.S. Armed Forces claim projects such as HAARP are merely for scientific purposes, conspiracy theories are still in circulation that accuse HAARP of causing earthquakes and other natural disasters.

Now, in a much more transparent move, the U.S. Air Force has announced its plan for improving satellite communications through altering the planet’s skies. The plan involves detonating scores of plasma bombs in the uppermost layers of the atmosphere in order to alter the physical properties of Earth’s vital protective shield. What could go wrong?

According to New Scientist, the plan would involve increasing the density of the ionosphere, the layer of the Earth’s atmosphere that reflects radio waves and allows for long-distance communications. This would be achieved through launching scores of tiny satellites known as Cubesats, which would carry cutting-edge plasma bombs that release vaporized metals into the atmosphere when detonated. The resulting clouds of metallic vapor would then be able to better reflect radio waves and deflect solar radiation, improving the communications abilities of armed forces. 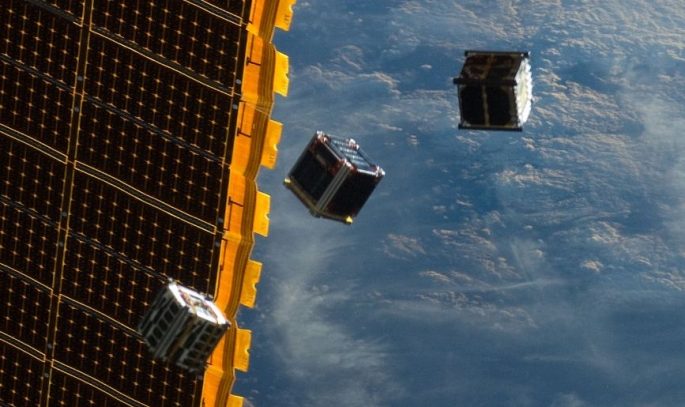 Tiny cube-shaped satellites called Cubesats are being eyed as a delivery method for atmosphere-altering bombs.

The bombs are being developed through a joint project between the U.S. Air Force, University of Maryland, and engineering firm Enig Associates. In a press release announcing the Air Force contract to develop these atmosphere-altering plasma bombs, Enig Associates claims that their technologies will open up new communications capabilities:

“[…] the space plasma generator can be used to smooth out ionosphere disturbances to assure reliable communications and navigation in-theater, or to provide novel capabilities for RF systems.”

John Kline, a plasma engineering researcher with Research Support Instruments in Hopewell, New Jersey, told New Scientist that these types of techniques are largely untested, meaning there could be unknown results:

“These are really early-stage projects, representing the boundaries of plasma research into ionosphere modification.”

Large-scale geoengineering projects, or allegations thereof, are a hot-button issue for many conspiracy watchers. Some see research projects such as the Air Force’s plasma bombs as signs of a secretive global plot to ruin our planet once and for all for, well, somebody’s benefit I suppose.

The fact remains, however, that human beings have been altering the Earth for millennia through actions such as agriculture, irrigation, and even raising perpetually-gassy livestock. Perhaps it is in our nature to want to alter our environment. Let’s just hope we don’t go too far this time.

UPDATE by BENDEDREALITY editor: I’ve added this article below as a way to help provide “verification” of this plan by the military.

ENIG, in collaboration with the University of Maryland’s Department of Physics, has been selected and awarded by the U.S. Air Force Research Laboratory’s (AFRL) Space Vehicles (RV), Kirtland AFB, NM to design a space plasma generator payload for low Earth orbit (LEO) insertion.

The target plasma cloud, according to Enig, will be composed of 1025 ion-electron pairs of a few eV temperature propagating initially as a hemispherical shell, cylindrical shell, or plasma jet depending on the choice of load material and geometry.

Both theoretical and computational tools will be utilized in designing an integrated generator device whose form factor fits inside an air-launched vehicle or sounding rocket.

Citing a Letter of Support from DARPA’s Tactical Technologies Office (TTO), Enig noted that, once proven successful and constructed for space flight, “the space plasma generator can be used to smooth out ionosphere disturbances to assure reliable communications and navigation in-theater, or to provide novel capabilities for RF systems.”