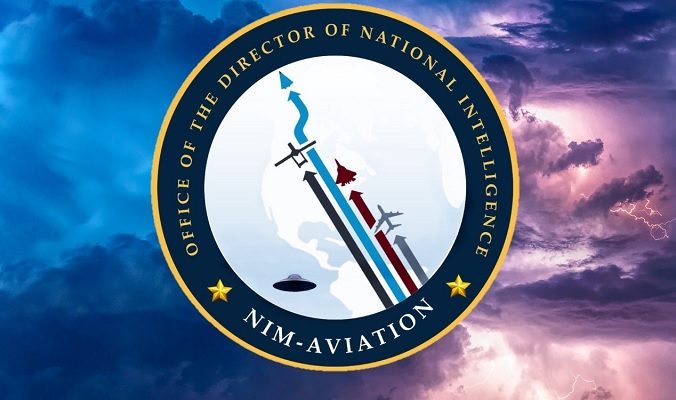 UFO Appears in Official Logo of US Aviation Intelligence Office

Social media was buzzing this week after the image of a flying saucer was spotted in an official intelligence office seal.

The unexpected extra turned up in the official seal for the National Intelligence Manager-Aviation (NIM-A), a position currently held by U.S. Air Force Maj. Gen. Daniel L. Simpson who resides within the Office of the National Director of Intelligence (ODNI).

The seal, which depicts four different types of aircraft as part of its logo, also shows a fifth inclusion in the form of a stereotypical flying saucer at the bottom left-hand side of the image.

While the office hasn’t commented directly on this change (at the time of writing), it is not entirely surprising and does seem to confirm its commitment to investigating all possible aerial threats.

According to a mission statement on the website, the office aims to “identify, analyze, and integrate intelligence on threats and vulnerabilities in the Air Domain”.

As this logo update demonstrates, UAPs are very much a part of those objectives.