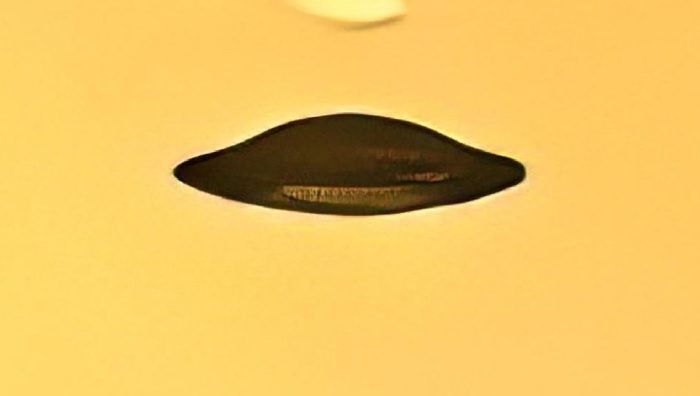 “”I believe it is a ship of non-human origin.””

Jaime Maussan used artificial intelligence software to enhance the original image of a ’round, domed ship’.

The original image, which was taken by a football fan who had been at a match at the Estadio Olimpico Benito Juarez stadium in Mexico, shows what appears to be a disc-shaped object hovering in the sky while silhouetted against a rather spectacular sunset.

It wasn’t until the photograph was sent along to Jaime Maussan – a well known (and somewhat controversial) personality in the country’s UFO scene – that it began to gain attention on social media.

What made it stand out in particular was Maussan’s use of AI image software to produce an enhanced, zoomed in picture of the actual object.

“I want to share with you that the case was analyzed with AI technology and everything indicates that we are looking at a [UAP],” he wrote. “I believe it is a ship of non-human origin.”

While the resulting image certainly looks impressive, the problem with it is that the AI software has altered the object so much that it barely represents what was in the original photograph.

As for what the original image shows – the jury is still out on that one.