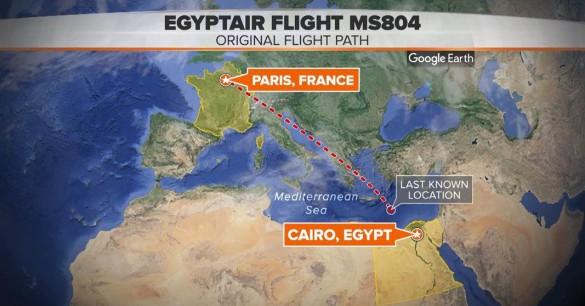 Turkish media is reporting that two Turkish Airlines pilots claimed to have seen a UFO with green lights pass over their plane while flying near the area where EgyptAir MS804 mysteriously crashed. The incident occurred on the same day as the tragic crash, with some reports putting the timing of their sighting at just an hour before the EgyptAir plane had its problems. Coincidence, connection or conspiracy?

“An unidentified object with green lights passed 2 to 3,000 feet above us. Then it disappeared all of a sudden. We are guessing that it was a UFO.”

According to the Turkish news site hurriyetdailynews.com, the pilots stated they were flying at an altitude of about 17,000 feet on a flight that originated in the western Turkish town of Bodrum destined for Istanbul. The UFO incident occurred while they were over the Silivri district of the Istanbul Province outside of metropolitan Istanbul. The plane landed at Istanbul’s Atatürk Airport 30 minutes later without any other incidents.

What pilots see when laser lights are pointed at a plane

What did the Turkish Airlines pilots see that prompted them to report it to the air traffic control center? The General Directorate of State Airports Authority said that nothing was seen on radar. There was some speculation that the sighting was caused by laser pointers from someone on the ground, but pilots are well-trained to spot these and neither pilot said the UFO resembled laser lights. It’s doubtful that trained pilots would mistake reflections in their windows as UFOs either. In fact, they described the green lights as passing over the plane, something that implies a physical object rather than lights. 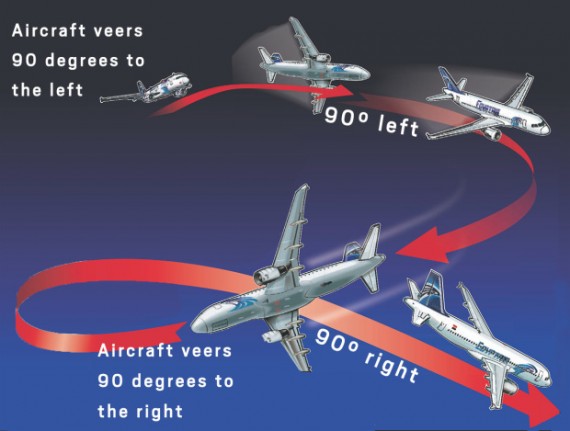 Could this UFO sighting be related to the EgyptAir crash in some way? According to air traffic control reports, the incident occurred at 11:30 pm on May 19th. The EgyptAir flight disappeared from radar at 2:30 am, also on May 19th. That puts the UFO sighting at 20+ hours AFTER the crash, rather than 30 minutes BEFORE it as some news reports stated. Could the UFO have been an alien craft (remember, it didn’t show up on radar) inspecting the crash site or aiding in the search?

Also, the UFO sighting was about 350 miles from where it’s believed the EgyptAir plane went down, and the sighting was over land. Could the UFO have been leading searchers to the source of what caused the crash, rather than the actual crash site? A missile launch? A person who triggered an explosion on the plane? Some secret weapon?

Too far-fetched? Too conspiratorial? Remember, it’s been over two years since Malaysia Airlines Flight 370 disappeared and we still have no definitive answers.

Let’s hope the black boxes are found and they can identity the cause of the tragic accident. However, if a UFO was involved, will we be told?