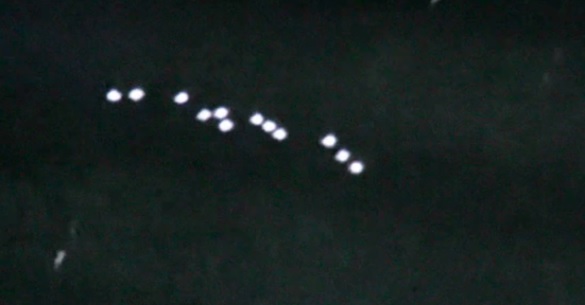 The large collection of twelve airborne objects halted all aircraft from taking off or landing for three hours on February 12th at 7:38 pm local time. The event was leaked only days ago to the media by Ufologist Mario Zegarra, who was provided with documents from CORPAC, the corporation which owns and operates the airport. According to Zegarra, the radar tower was engaged in communications with pilots diverting them to another airport due to unusual radar activity. Zegarra stated,

The Jorge Chavez airport radar captured 12 unidentified echoes on its screen. Each identified with code 0000, which means a UFO…

Zegarra states that he heard recordings of the conversations between the control tower and the pilots, but those have yet to be released to the public. 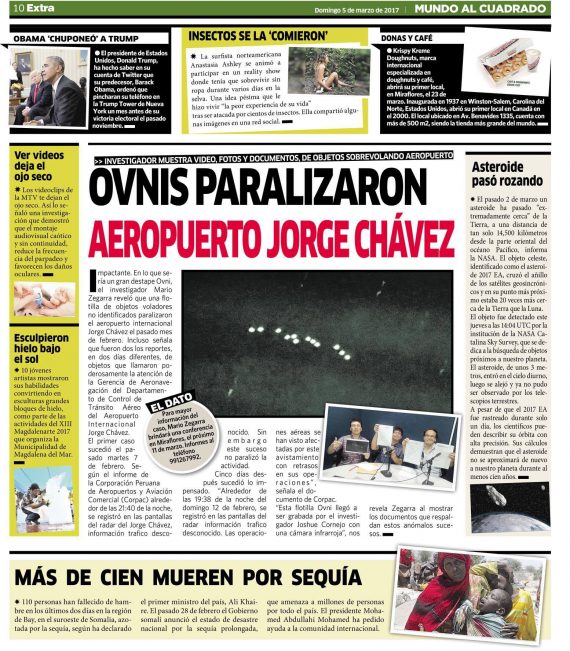 The front page a local Peruvian newspaper where the story broke.

During the incident, a second Ufologist, Joshue Cornejo, captured the image below in the same area as the airport using an infrared video camera. He and Zegarra claim that these twelve objects are the same ones that showed up on the airport’s radar system, and are responsible for the suspension of outgoing and incoming flights. According to Cornejo, the objects were not easily visible to the naked eye. 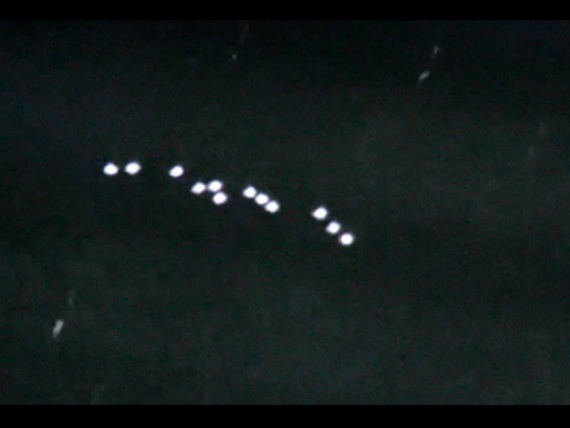 A still of the twelve objects that allegedly ground Lima’s international airport to a standstill for three hours.

While this may be strange, the leaked documents also contained information regarding a second UFO incident on February 7th which also temporarily shut down the airport at 9:40 pm local time. According to the February 7th incident, the radar identified a large unknown object passing over the airport’s airspace. 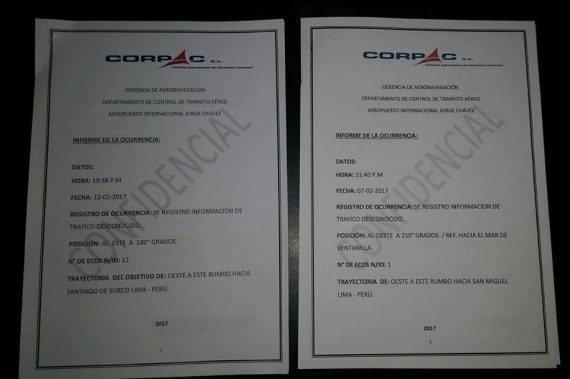 An image of the CORPAC documents provided by Zegarra.

Perhaps one of the most famous airport UFO incidents occurred over O’Hare International Airport in 2006. Personnel in the radar tower, ground crews, pilots and passengers all reported seeing a large disk shaped object silently hovering over Gate C-17. The initial sighting was made by a ramp operator who contacted the tower and the crew of a United Airlines Flight 446. A dozen employees reported the object to their superiors, while many others also allegedly saw the object.

Regardless of one’s personal belief towards the UFO question, these two incidents over Peru ultimately caused significant inconvenience for the passengers who had to wait for the airport to resume flights. Furthermore, airports are busy with dozens of flights either ready to take off or land within minutes of each other, and the slightest misstep on the part of the radar crew, pilots, or ground crew can lead to tragic consequences.