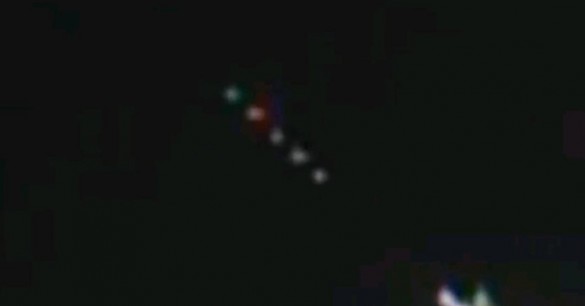 Here we go again. There was a problem during the docking maneuver between the Soyuz spacecraft and the International Space Station which resulted in the commander overriding the automatic system and switching to manual. Meanwhile, the onboard ISS cameras recorded not one but two UFOs possibly observing the operation. Another case of benevolent aliens keeping a watchful eye on their less technical friends? 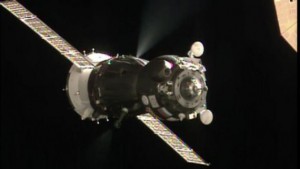 It only took six hours for the Soyuz TMA-19M, launched on December 15th from the Baikonur Cosmodrome in Kazakhstan with commander Yuri Malenchenko and two passengers, to reach the space station. Space veteran Malenchenko noticed that the automated rendezvous system on the normally reliable Soyuz spacecraft was backing off on its approach to the ISS and quickly overrode the controls. The manual system worked and Malenchenko successfully executed the dock.

Since this was a docking operation featuring the historic delivery of only the second British ISS crew member, Timothy Peake, cameras inside the central crew module were recording the operation. This is significant because the quality is excellent and NASA doesn’t cut away from these cameras to a blue screen like it does on the live video feed whenever what appears to be a UFO shows up.

And that’s exactly what happened – twice. First, a fleet or stream of orbs passed behind the Soyuz craft extremely quickly. A little while later, a donut-shaped UFO moved by at a slower speed, making a number of maneuvers before moving out of view. 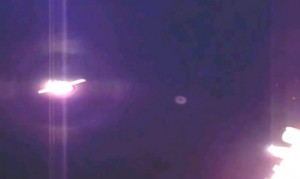 Donut-shaped UFO seen from the ISS

Were these UFOs alien ships observing what looked like a problem at the ISS? Was NASA upset that it couldn’t cut away from the UFOs to a blue screen because that would have jeopardized the safety of the crews? Was it hoping observers would consider them to be space debris, ice crystals or light reflections? Did any of the crew members see them?

Who was astronaut Peake really giving the thumbs-up sign to outside the window after the successful manual docking? 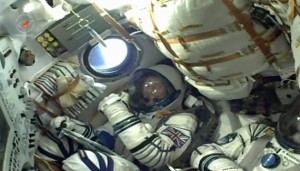 While you’re waiting for those never-to-come answers, put a couple more notches on the long list of UFOs seen around the ISS.