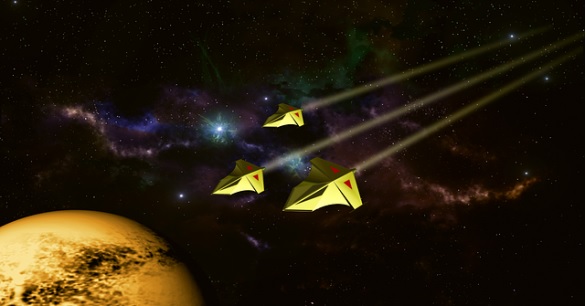 UFOs, the CIA and the Robertson Panel

On December 2, 1952 the CIA’s Assistant Director H. Marshall Chadwell noted in a classified report on UFO activity in American airspace: “Sightings of unexplained objects at great altitudes and traveling at high speeds in the vicinity of major U.S. defense installations are of such nature that they are not attributable to natural phenomena or known types of aerial vehicles.” Believing that something really might be afoot in the skies of America, Chadwell prepared a list of saucer-themed recommendations for the National Security Council:

“The Director of Central Intelligence shall formulate and carry out a program of intelligence and research activities as required to solve the problem of instant positive identification of unidentified flying objects. Upon call of the Director of Central Intelligence, Government departments and agencies shall provide assistance in this program of intelligence and research to the extent of their capacity provided, however, that the DCI shall avoid duplication of activities presently directed toward the solution of this problem. This effort shall be coordinated with the military services and the Research and Development Board of the Department of Defense, with the Psychological Board and other Governmental agencies as appropriate. The Director of Central Intelligence shall disseminate information concerning the program of intelligence and research activities in this field to the various departments and agencies which have authorized interest therein.” 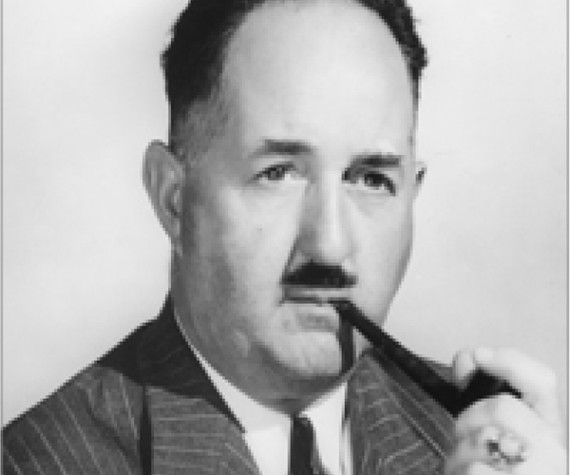 Forty-eight-hours later, the Intelligence Advisory Committee concurred with Chadwell and recommended that “the services of selected scientists to review and appraise the available evidence in the light of pertinent scientific theories” should be the order of the day. Thus was born what became known as the Robertson Panel, so named after the man chosen to head the inquiry: Howard Percy Robertson, a consultant to the Agency, a renowned physicist, and the director of the Defense Department Weapons Evaluation Group. Chadwell was tasked with putting together a crack team of experts in various science, technical, intelligence and military disciplines and have them carefully study the data on flying saucers currently held by not just the CIA, but the Air Force too – who obligingly agree to hand over all their UFO files for the CIA’s scrutiny. Or, at least, the Air Force said it was all they had.

Whatever the truth of the matter regarding the extent to which the USAF shared its files with Chadwell’s team, the fact that there was a significant body of data to work with was the main thing. And so the team – which included Luis Alvarez, physicist, radar expert (and later, a Nobel Prize recipient); Frederick C. Durant, CIA officer, secretary to the panel and missile expert; Samuel Abraham Goudsmit, Brookhaven National Laboratories nuclear physicist; and Thornton Page, astrophysicist, radar expert, and deputy director of Johns Hopkins Operations Research Office – quickly got to work.

The overall conclusion of the Robertson Panel was that while UFOs, per se, did not appear to have a bearing on national security or the defense of the United States, the way in which the subject could be used by potentially hostile nations to manipulate the public mindset and disrupt the U.S. military infrastructure did have a bearing – and a major one, too – on matters of a security nature. According to the panel’s members: “Although evidence of any direct threat from these sightings was wholly lacking, related dangers might well exist resulting from: A. Misidentification of actual enemy artifacts by defense personnel. B. Overloading of emergency reporting channels with ‘false’ information. C. Subjectivity of public to mass hysteria and greater vulnerability to possible enemy psychological warfare.” 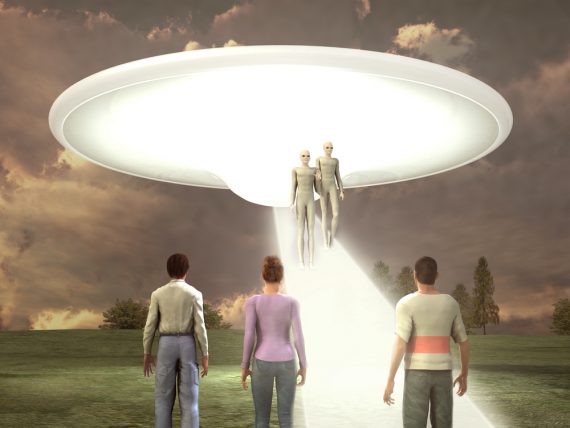 There was also a recommendation that a number of the public UFO investigative groups that existed in the United States at the time, such as the Civilian Flying Saucer Investigators (CFSI) and the Aerial Phenomena Research Organization (APRO), should be “watched” carefully due to “the apparent irresponsibility and the possible use of such groups for subversive purposes.”

The panel also concluded that “a public education campaign should be undertaken” on matters relative to UFOs. Specifically, agreed the members, such a program would “result in reduction in public interest in ‘flying saucers’ which today evokes a strong psychological reaction. This education could be accomplished by mass media such as television, motion pictures, and popular articles. Basis of such education would be actual case histories which had been puzzling at first but later explained. As in the case of conjuring tricks, there is much less stimulation if the ‘secret’ is known. Such a program should tend to reduce the current gullibility of the public and consequently their susceptibility to clever hostile propaganda.

“In this connection, Dr. Hadley Cantril (Princeton University) was suggested. Cantril authored ‘[The]Invasion from Mars,’ (a study in the psychology of panic, written about the famous Orson Welles radio broadcast in 1938) and has since performed advanced laboratory studies in the field of perception. The names of Don Marquis (University of Michigan) and Leo Roston were mentioned as possibly suitable as consultant psychologists.

“Also, someone familiar with mass communications techniques, perhaps an advertising expert, would be helpful. Arthur Godfrey was mentioned as possibly a valuable channel of communication reaching a mass audience of certain levels. Dr. Berkner suggested the U. S. Navy (ONR) Special Devices Center, Sands Point, L. I., as a potentially valuable organization to assist in such an educational program. The teaching techniques used by this agency for aircraft identification during the past war [were] cited as an example of a similar educational task. The Jam Handy Co. which made World War II training films (motion picture and slide strips) was also suggested, as well as Walt Disney, Inc. animated cartoons.”

Robbie Graham, a UFO researcher who has carefully studied the many and varied intricacies of the Robertson Panel and its links to Disney and a man named Ward Kimball says: “The panel’s singling-out of Disney made sense given the animation giant’s then firmly established working relationship with the US government: during World War II Disney made numerous propaganda shorts for the US military, and in the 1950s corporate and government sponsors helped the company produce films promoting President Eisenhower’s ‘Atoms for Peace’ policy, as well as the retrospectively hilarious Duck and Cover documentary, which depicted schoolchildren surviving an atomic attack by sheltering under their desks.”

Graham continued: “That the Robertson Panel highlighted Disney is significant in that the Panel’s general recommendation to debunk UFOs through media channels is known to have been acted upon in at least one instance: this being the CBS TV broadcast of UFOs: Friend, Foe, or Fantasy? (1966), an anti-UFO documentary narrated by Walter Cronkite. In a letter addressed to former Robertson Panel Secretary Frederick C. Durant, Dr Thornton Page confided that he ‘helped organize the CBS TV show around the Robertson Panel conclusions,’ even though this was thirteen years after the Panel had first convened. In light of this case alone, it seems reasonable to assume that the government may at least have attempted to follow through on the Robertson Panel’s Disney recommendation.” 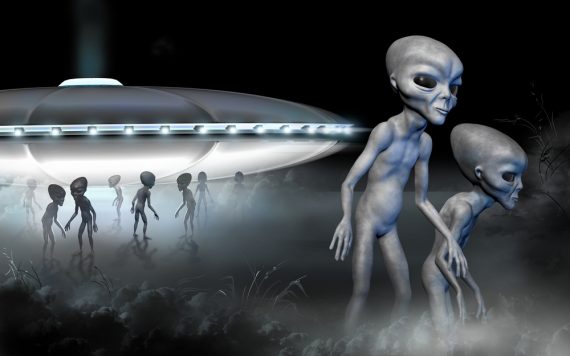 As for Ward Kimball, in 1979, he went public on certain aspects of Disney’s links to the UFO conundrum and officialdom and stated that it wasn’t just the CIA that Disney was working with when it came to UFOs. At some point during 1955 or 1956 Disney was contacted by representatives of the U.S. Air Force and was asked to secretly cooperate on a documentary about the UFO controversy. As part of the deal, the Air Force offered to supply actual UFO footage, which Disney was told they could include in their film.

According to Kimball, at that time it wasn’t at all unusual for either Walt Disney or his studio to go along with the government’s wishes – or, perhaps, demands might be a far more accurate term to use. Kimball revealed how, during the Second World War, the military practically took over Disney’s Burbank facilities, where dozens of hours of military-training productions and war-effort films featuring Disney characters, like Donald Duck, were made. The studio began work on the requested UFO documentary and animators were asked to imagine what an alien would look like. Meanwhile, Walt Disney himself eagerly waited for the Air Force to deliver the promised film of actual UFOs. At the last moment, however, the Air Force mysteriously withdrew the offer of the footage, and the planned documentary was canceled…