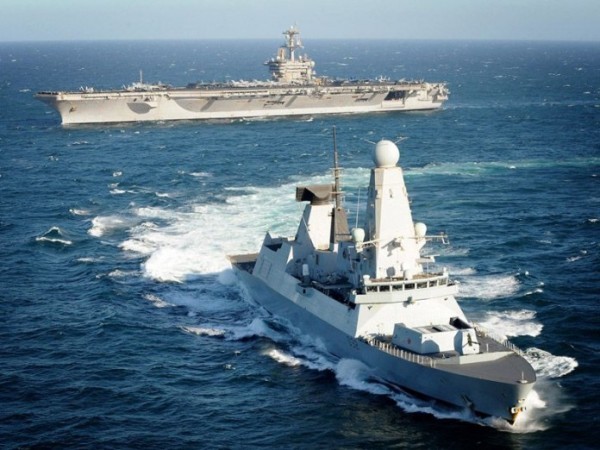 UK Deploys 6,000 Troops And Five Ships Towards Russia: PREPARATIONS FOR A WORLD WAR?

Along with other NATO members, the UK has decided to increase its military presence in the Baltic region.

The UK defence secretary, Michael Fallon, who is scheduled to attend a two-day NATO meeting on Wednesday in Brussels with an agenda dominated by Russia, announced that the UK is to contribute to a permanent NATO naval force for the first time since 2010.

Fallon said: “Increasing our Nato deployments sends a strong message to our enemies that we are ready to respond to any threat and defend our allies. 2016 will see a particular focus on the Baltic region.”

The growing Nato presence in the Baltic states is intended to deter Russia from repeating in the region the kind of intervention seen in Ukraine, NATO says.

The UK, which already has planes operating in the Baltic states and regularly sends troops to the region on training exercises, is to deploy a Type 23 Frigate – HMS Iron Duke – with the NATO force in the Baltic, as well as a Type-45 destroyer and three minesweepers, with, in all, 530 naval personnel.

It has come off second best against Russia in Ukraine, failing to prevent the loss of Crimea, and has been wrong-footed too by Russia’s surprise intervention in Syria.

NATO has an agreement with Russia not to deploy permanent troops along its border but it is getting around this by having troops training in eastern Europe on a rotational basis, which is almost the same as having them based there permanently.

The US ambassador to NATO, Douglas Lute, described the new American posture of prepositioning heavy equipment in western Europe as “modern deterrence” or “21st century deterrence”, a flexible, rapid-reaction force in contrast with the heavy, fixed force that existed during the cold war.

He rejected media criticism that the US move is provocative. “Nato has not invaded anyone recently,” he said.

As well as expressing concern about Russia in Ukraine and the Baltics, NATO also warned about the dangers posed by violations of the air space of a member of NATO, Turkey, by Russian planes flying in Syria.

It is believed that a new world war could be sparked if Arabs join the fight in Syria.

“The Americans and our Arab partners must think well: do they want a permanent war?” he told Germany’s Handelsblatt newspaper. It would be impossible to win such a war, he went on, “especially in the Arab world, where everybody is fighting against everybody.”

He warned: “All sides must be forced to the negotiating table instead of sparking a new world war.”

Russia is continuing carrying out bombing sorties around the key parts of Aleppo, in support of advances by troops loyal to President Bashar al-Assad.

U.S. and other NATO-backed allies are also involved in air strikes in northern Syria.